Olympus has announced the US price and availability of the Stylus 1s premium compact camera which previously announced in Japan last year.

Olympus Stylus 1s enthusiast compact camera features much of the same hardware as its predecessor, including a 12MP 1/1.7″ BSI CMOS sensor, 28-300mm equivalent F2.8 lens, built-in 1.44M dot EVF, and integrated Wi-Fi. Specs list also includes an electronic viewfinder and a tilting display on the back.

The Olympus Stylus 1s will be available in mid-April for $699.99. In January, some of the features introduced in this model were made available to Stylus 1 users via firmware update. 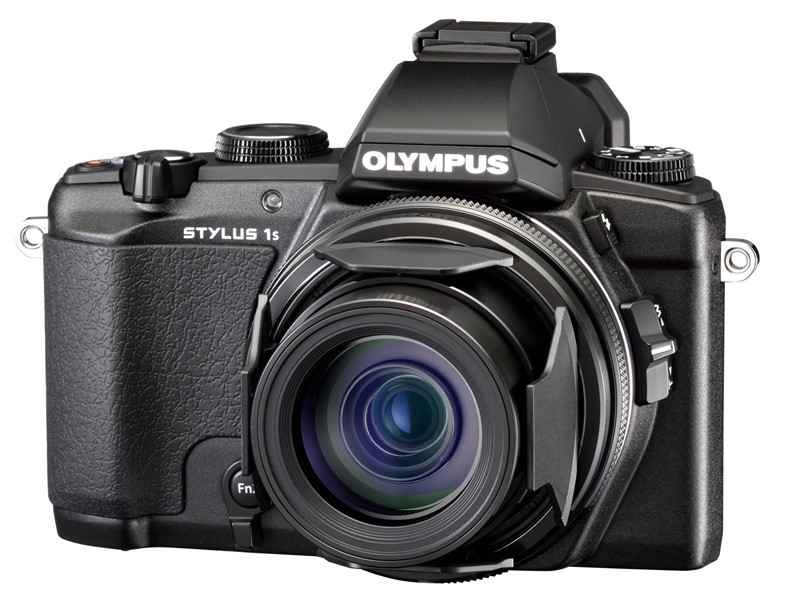 CENTER VALLEY, PA., April 13, 2015 – Olympus announces the latest camera in the compact Stylus line, the Stylus 1s. As the successor to the Stylus 1, a camera that brought photo enthusiasts brilliant image quality and a constant aperture f2.8 lens, the Stylus 1s delivers an enhanced feature set and other improvements in a similar compact, lightweight design.

While maintaining all of the features of the Stylus 1, the Stylus 1s adds a variety of functions, such as Small AF Target, enabling pinpoint focusing on specific locations, and Step Zoom, which provides nine preset zoom positions. Olympus has enhanced the premium feel of the camera by redesigning the grip and also incorporating the blue line characteristic of the i.ZUIKO® DIGITAL lenses.

For close-up shooting, the Stylus 1s includes a Super Macro mode for capturing subjects as close as 5cm away from the end of the lens. With the combination of the wide converter lens, WCON-08X, and tele conversion lens, TCON-17X, it’s possible to shoot from an ultra-wide-angle 22.4mm to a super telephoto 510mm. The bundled BLS-50 lithium-ion battery, which is also compatible with the Stylus 1, features an improved capacity for longer shooting times.

The Stylus 1s has a built-in 1.44-million-dot, high-resolution interactive LCD electronic viewfinder (EVF) with a 100-percent field of view that outperforms field coverage of entry-level DSLR cameras, allowing users to preview the exposure, color and focus peaks for clear images in any condition. The EVF’s integrated eye sensor allows users to simply look into the viewfinder to automatically switch the display from the rear monitor to the viewfinder. Adaptive Brightness Technology raises the backlight brightness when shooting in bright outdoor conditions and lowers the brightness in dark indoor conditions, reducing visual errors from light and dark adaptation of the eye.

The Stylus 1s inherits an ideal blend of dedicated physical controls from the Olympus OM-D line for shooting professional quality images with ease. The Hybrid Control Ring allows users to quickly adjust settings with a simple twist of the ring without taking their eye off the subject. The subdial can be controlled with the thumb on the right hand, and functions can be assigned in the same way as the Hybrid Control Ring, making it easy to apply complex adjustments. The customizable zoom lever and two function buttons further improve shooting ease and speed.

Built-in Wi-Fi is a breeze to set up. Simply tap the Wi-Fi icon and launch the Olympus Image Share (OI.Share®) smartphone app to connect. By using the smartphone as a remote control, the Live View screen can be viewed on a smartphone while remote shooting in P, A, S, M, and iAUTO modes, and zoom and Touch AF Shutter are available to compose and capture the shot. Recorded images may be instantly transferred to a smartphone or tablet, ideal for sharing images on social networks.

The Olympus Stylus 1s will be available in mid-April 2015 at an estimated street price of $699.99 (available in Black).