Ricoh has unveiled updated versions of its Pentax lens 2015 roadmap for K-mount, Q-mount and 645 medium-format cameras. 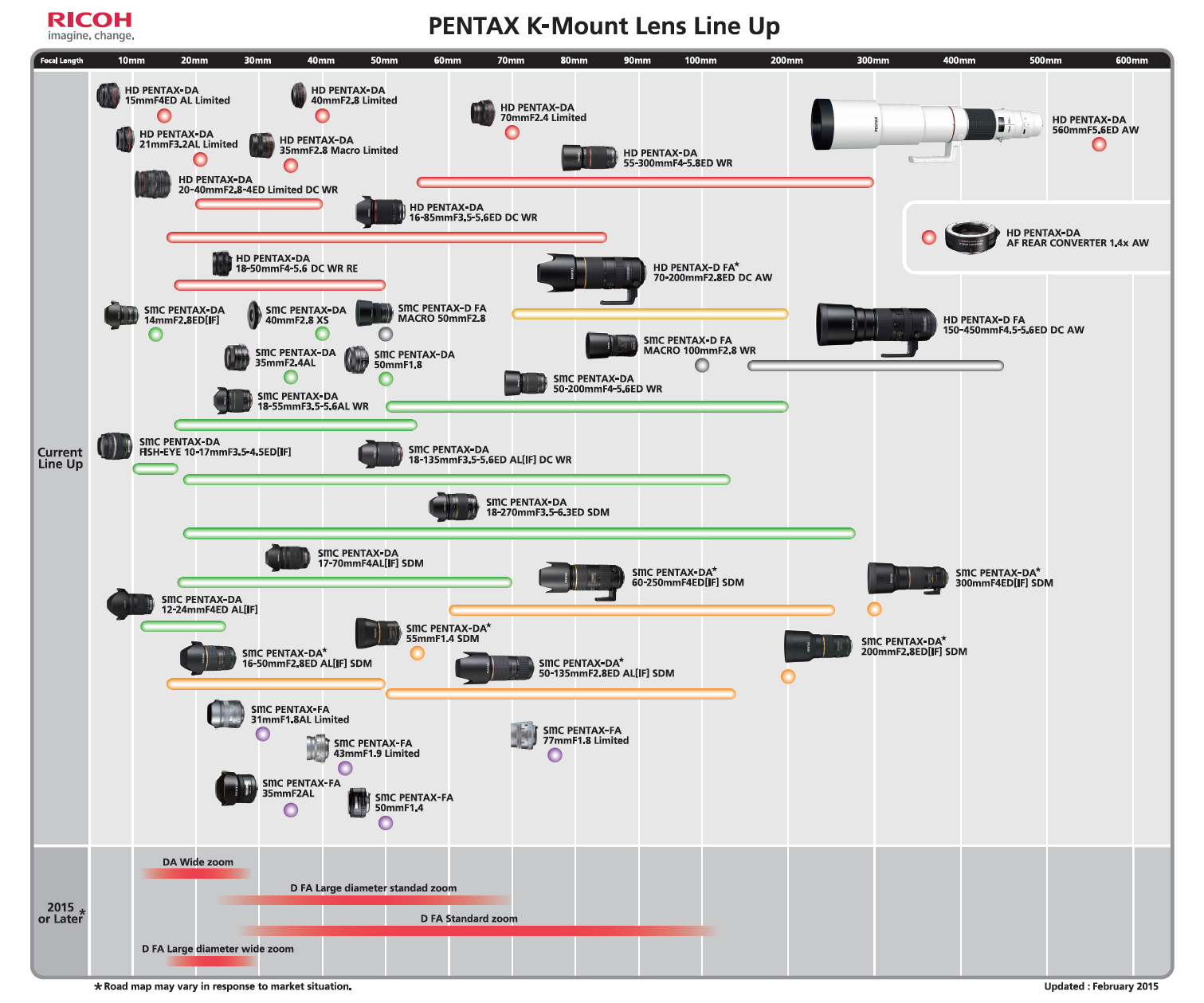 According to its K-mount roadmap, Ricoh is planning to release: 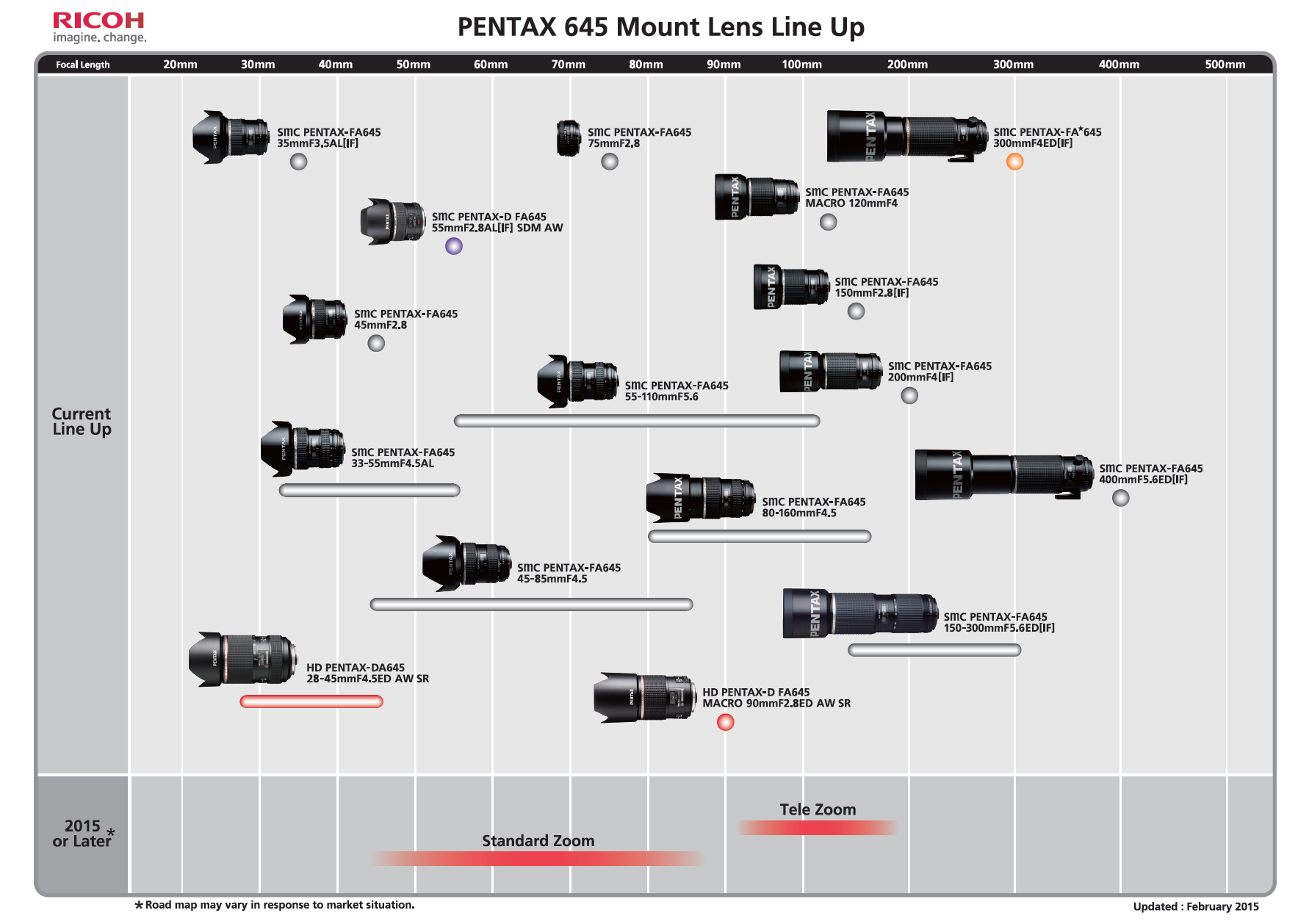 The Pentax 645 Mount lineup is set to get two new lenses, a Standard Zoom 45-85mm and a Tele Zoom 92-180mm. Both of these were previously listed on the company’s September 2014 645 Mount roadmap. Also rolling over from late last year is a Q-mount telephoto macro 80-110mm lens. 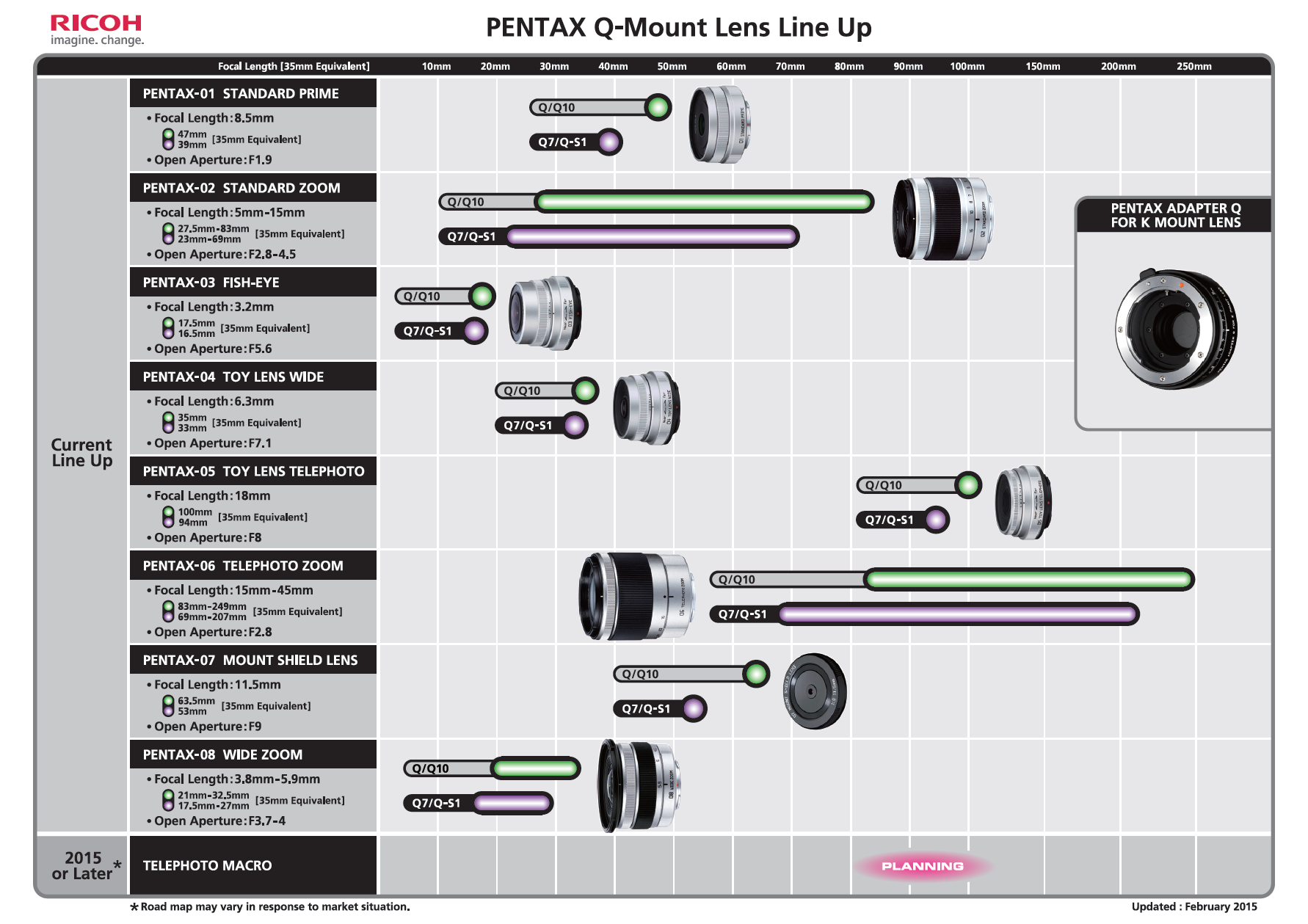