First image and specs of the Canon EOS C700x camera have been leaked online. From the image we can say the Cinema EOS camera will come with a global shutter and capable of recording videos at 4K resolution.

According to The New Camera website Canon is planing the “introduction of global shutter and 4K video in EOS Cinema lineup”.

The name of the camcorder could be different as the C700x may just be a codename for a new cinema camera. If true, this would also mean Canon is going to introduce a new model in their Cinema line-up. 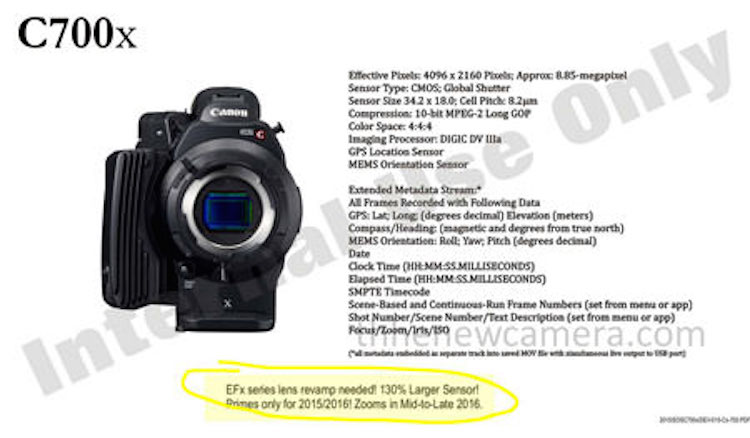 The specs of the Cinema camera have showed up on the web (see below) as it is expected to arrive for the NAB 2015 (National Association of Broadcasters Show).

Canon is also rumored to introduce the C500 Mark II and the C300 Mark II Cinema EOS camcorders for the upcoming NAB 2015 show.