Nikon D750 DSLR camera has taken the “Camera of the Year 2014” award by Popular Photography website.

As a tradition, Pop Photo selects the best camera in every year. Nikon D750 is the camera of the year 2014 and the runners are the Panasonic GH4, Fujifilm X-T1, Pentax 645Z and Samsung X30.

For the winner D750 shooter they say : “This DSLR is  operating at its height and takes the trophy  for 2014’s Camera of the Year” 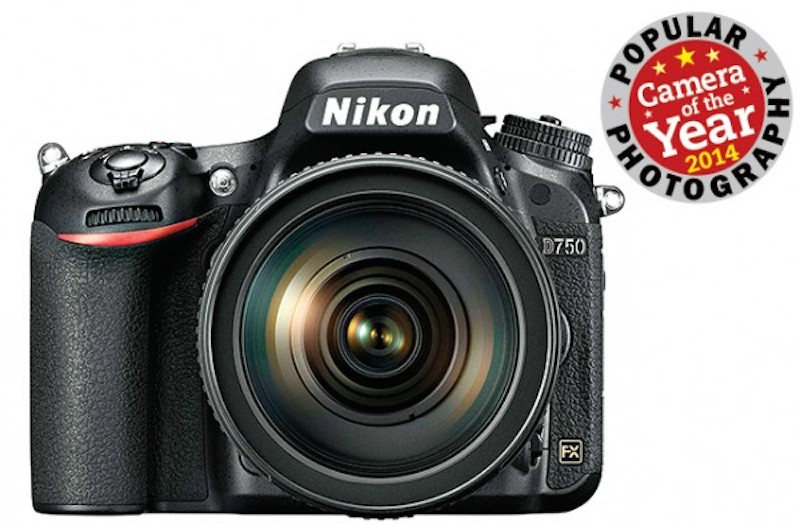 It out-resolves the 5D Mark III, captures bursts at 6.5 frames per second (compare this to the Canon’s 6 fps), and keeps noise to Acceptable throughout its sensitivity range of ISO 50–51, 200. It maintains top honors in our noise test up to ISO 800. Plus, Nikon’s 3D AF tracking is simply the best focus tracking you can find in a DSLR or ILC.