The 2015 World Press Photo Contests are now open for participants to enter their work. The annual contest is the world’s largest for professional press photographers and photojournalists and this year features important new changes.

Now in its 58th year, the 2015 World Press Photo contests feature a new category for long-term projects and new entry requirements that reflect recent research on the procedure for assessing the post-processing of files. See here for a detailed overview.

Among the several new features of the 2015 Photo Contest, there is the launch of a new category called ‘Long-Term Projects’, as well as the requirement to provide files as recorded by the camera for all images that proceed to the final stages of the contest. 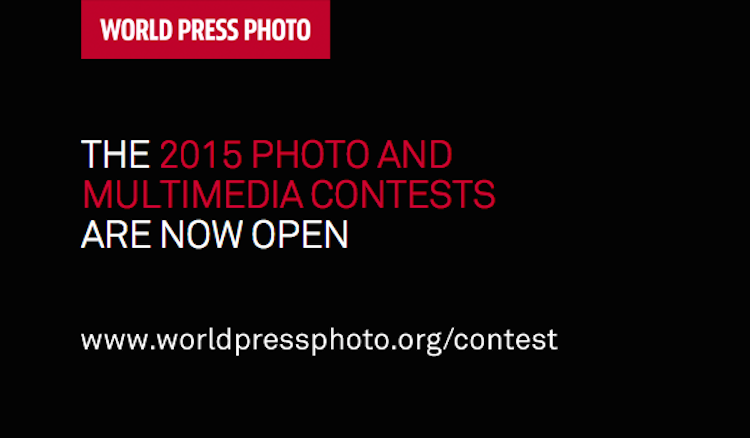 An international jury of leading professionals in the field of photojournalism will judge the entries at the World Press Photo office in Amsterdam from the beginning of February. The results of the 2015 Photo Contest will be announced on 12 February 2015.

Entries may only be submitted online via the World Press Photo entry website which can be found here. The deadline for registrations and submissions is 14 January 2015, 23.59 CET.

The multimedia contest is set up separately from the annual photojournalism contest and different rules of entry apply, with the entries judged by different teams of jury members consisting of leading professionals from the fields of visual journalism and documentary storytelling. The results of the 2015 Multimedia Contest will be announced on 11 March 2015.

To be announced at a later date.