The 11mm and 16mm extension tubes increase the distance between the lens elements and the sensor enabling users to focus on subjects much closer to the camera. Electronic connections automatically pass information from the Fujinon X-Mount lens to the Fujifilm X-series camera body so you can still use autofocus and control the aperture. 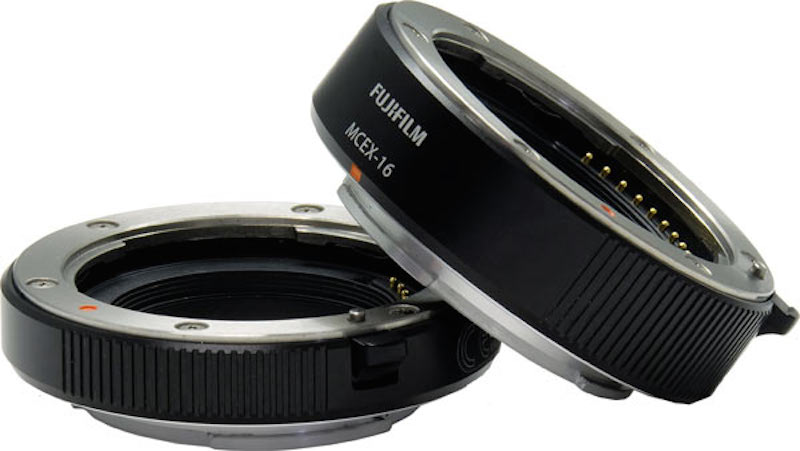 FUJIFILM Corporation is pleased to announce that two new dedicated X-Mount system Macro Extension Tubes; the MCEX-11 and MCEX-16, will be available from the middle of December 2014.

This offers users a choice of tube depending on the level of magnification required.

2) Electronic contacts allow you to shoot with AF and AE using the tube.

Electronic connections automatically pass information from the Fujinon X-Mount lens to the Fujifilm X-series camera body so you can still use autofocus and control the aperture while using the tubes.

3) Designed exclusively for the XF lenses and X-series cameras

The mount rings of both tubes are made from high-grade solid metal and are precision manufactured to suit the XF lenses and the X-series interchangeable cameras perfectly.

Fuji also launched its “HS-V5 for Windows Ver. 1.0” software which enables PCtethered shooting for the Fujifilm X-T1 and Fujifilm X-T1 Graphite Silver Edition. It provides two operation modes, Camera Mode and PC Mode for making exposure adjustments either on the camera or connected computer. In Camera Mode, users hold the camera by hand or set it up on a tripod and adjust the settings on the camera itself, and the images shot are simultaneously transferred to the computer for display on the screen or saving on the PC.