Fujifilm has announced the XF 56mm F1.2 R APD which is a variant of the existing XF56mm F1.2 R but it adds an apodization filter.

The Fujinon XF 56mmF1.2 R APD is the world’s first AF lens with an apodisation filter for Fujifilm’s X-series compact system cameras. The lens offers a 35mm equivalent focal length of 85mm and has a maximum aperture of f/1.2.

The XF 56mm f/1.2 R APD has an optical construction of 11 glass elements in eight groups, including one aspherical glass molded lens element and two extra low dispersion lens elements has been used. 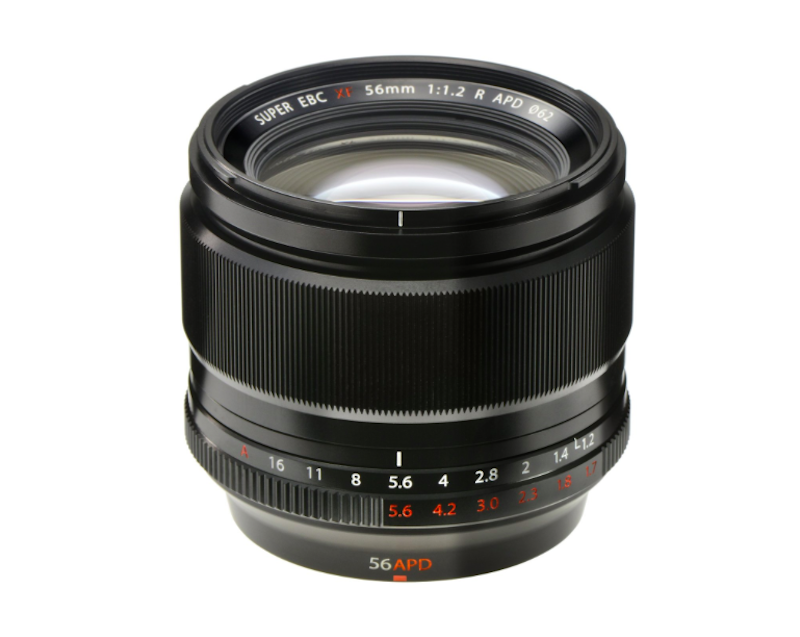 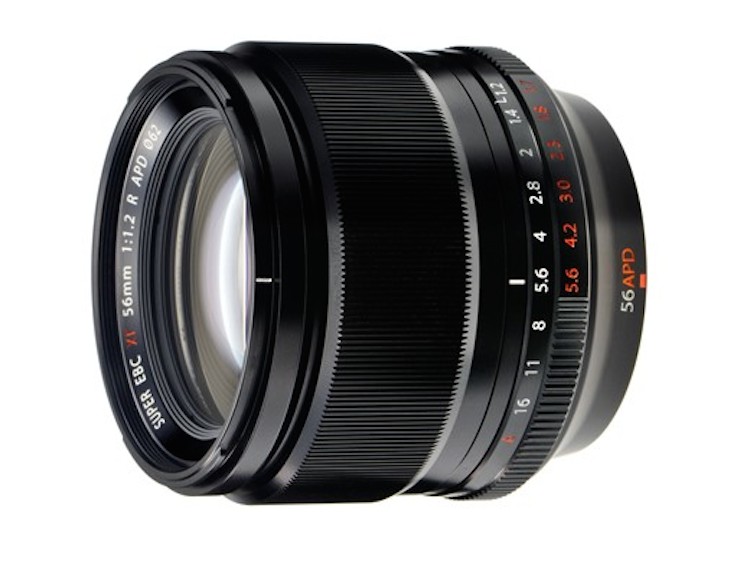 FUJIFILM Corporation (President: Shigehiro Nakajima) is proud to announce that a new FUJINON XF56mmF1.2 R APD lens will be added to the X-Series interchangeable lens lineup from December 2014.

The FUJINON XF56mmF1.2 R APD is an autofocus lens for digital cameras with APS-C size sensor and provides a focal length equivalent to 85mm*1. The lens has a maximum aperture of F1.2 making it the world’s brightest autofocus lens for digital cameras with an APS-C sensor. In addition, the new apodising filter makes it the perfect choice for portraiture, with every strand of hair visible and a unique bokeh effect.

This lens is highly portable. When attached to an X Series camera body, it weighs about half*2 as much as a single-lens reflex camera with a lens of the same focal length and F value, plus it’s quick to use thanks to the high-speed, quiet autofocus.

It produces not only beautiful bokeh part, but also maintain the sharpness with accurate focusing even in a shallow depth-of -field. This is a huge advantage of Mirrorless system over SLR thanks to focusing on image sensor itself rather than on separate PD sensor. The shutter on X Series bodies is equally quiet, so it’s easy to capture more natural shots of subjects.

The XF56mm F1.2 R APD offers brilliant levels of sharpness even when shooting with the aperture at F1.2. In addition, the apodisation filter smooths the bokeh’s outlines. This combination of image sharpness and beautiful bokeh delivers portraits with a three-dimensional feel.

The lens also makes the most of Fujifilm’s unique X-TransTM CMOS low pass filter-less sensor for extremely high image quality. Ghosting and flare are controlled even under harsh conditions such as backlighting.

By combining this lens with an X Series camera body*5 with Lens Modulation Optimiser*4 (LMO) technology, the performance from the lens is improved even further. LMO corrects for diffraction*6 to produce images with edge-to-edge sharpness and create a realistic three-dimensional effect, even at small apertures.

*3 X-Trans is a trademark or registered trademark of Fujifilm Corporation.

*4 Fujifilm’s own image processing function that corrects the optical effects of diffraction, based on the optical performance of each lens.

*6 Phenomenon that occurs when the shooting with a narrow aperture in which fine images that should originally be sharp become blurred.

(2) Autofocusing for a lens with an apodisation filter

In the past, an apodisation filter has only been used on a manual focus lens, this is the first to use high-precision contrast AF.

Combined with an X Series camera body, more natural shots of subjects are possible thanks to the near-silent shutter sound.

X Series interchangeable lens cameras are equipped with Film Simulation modes, which have been developed using Fujifilm’s knowledge from 80 years of manufacturing to deliver film-like colours and tones. Combining this lens with the Pro Neg. Film Simulation mode, which is specifically designed for portrait photography, reproduces beautiful skin tones.

Both the focus and aperture rings are metal, plus metal is also used on the exterior of the lens body for a high-quality finish. The texture and torque on the rings makes for comfortable shooting even for delicate manual focusing.