CFX650 memory cards offer read and write speeds of up to 510MB and 370MB per second while CFX600 cards offer vast capacities of up to 512GB, surpassing the capacity limit of any existing card. 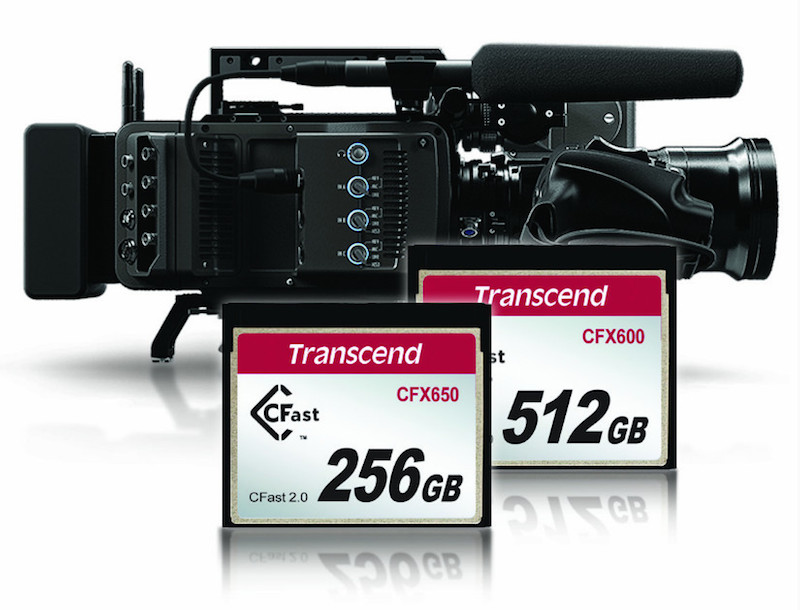 With the rapid development in cinematography, the audience has also increased their demand for image quality. Transcend Information, Inc. (Transcend), a worldwide leader in storage and multimedia products, is proud to announce the launch of its CFast 2.0 CFX650 and CFX600 Memory Cards. Designed to support high-end 4K cameras and camcorders from the leading manufacturers and to meet the extreme demands of professional cinematography, Transcend’s CFX650 memory cards feature the fastest transfer speeds available on the current market, while CFX600 boast the highest storage capacity. Both cards are best suited for the professional cinematographers shooting high-resolution 4K and Full HD videos.

Supporting the next generation CFast 2.0 specification with a SATA III interface, CFX650 memory cards boast the remarkable read and write speeds of up to 510MB and 370MB per second, more than three times faster than today’s CompactFlash cards. Saving 4K Ultra High Definition and Full HD video recordings requires a massive storage space; Transcend’s CFX600 cards fix the problem by offering the vast capacities of up to 512GB, surpassing the capacity limit of any existing card. With such space, the professional cinematographers can record all the high resolution videos at ease, saving the trouble to switch memory devices.