The Korea Radio Research Laboratory website was registered the Sony A5100 and Sony QX30 cameras.

The a5100 mirrorless camera model was also registered at the Indonesian Communication Agency website a few weeks ago.

The official announcement for the Sony A5100 mirrorless camera most likely be around the Photokina 2014 show, which will start in September.

The new model Sony ILCE-5100 (α5100) camera will be the successor of the current A5000 and replace the existing model. The QX30 will be a replacement for the current QX10 lens camera module for smart phones. 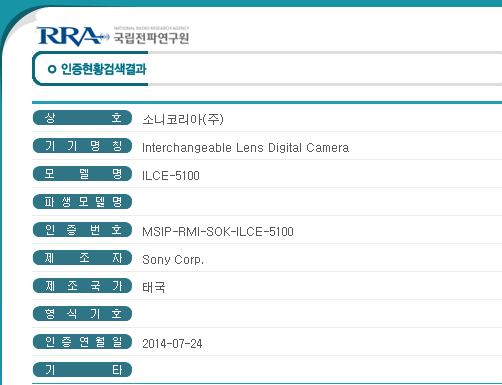 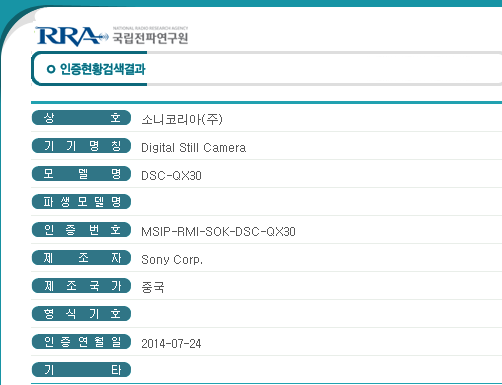 The Sony A5000 was announced back in January, 2014 and became the second model of the new Alpha series Sony E-mount cameras. The camera features a 20.1-megapixel APS-C image sensor, BIONZ X image processor, built-in WiFi, and NFC.