Fujifilm has updated their X-mount lens roadmap up to the end of 2015. The updated Fujifilm X-Mount lens roadmap for 2015 includes one extra lens added, while a second lens previously included has been formally named.

The release dates of three previously announced lenses have also changed. The XF 50-140mm F2.8 R LM OIS WR has moved into the first position, with a release date of late 2014. The XF 16-55mm F2.8 R WR has been pushed back to Spring 2015, while the ‘super tele-photo prime’ will now arrive near the end of the year. 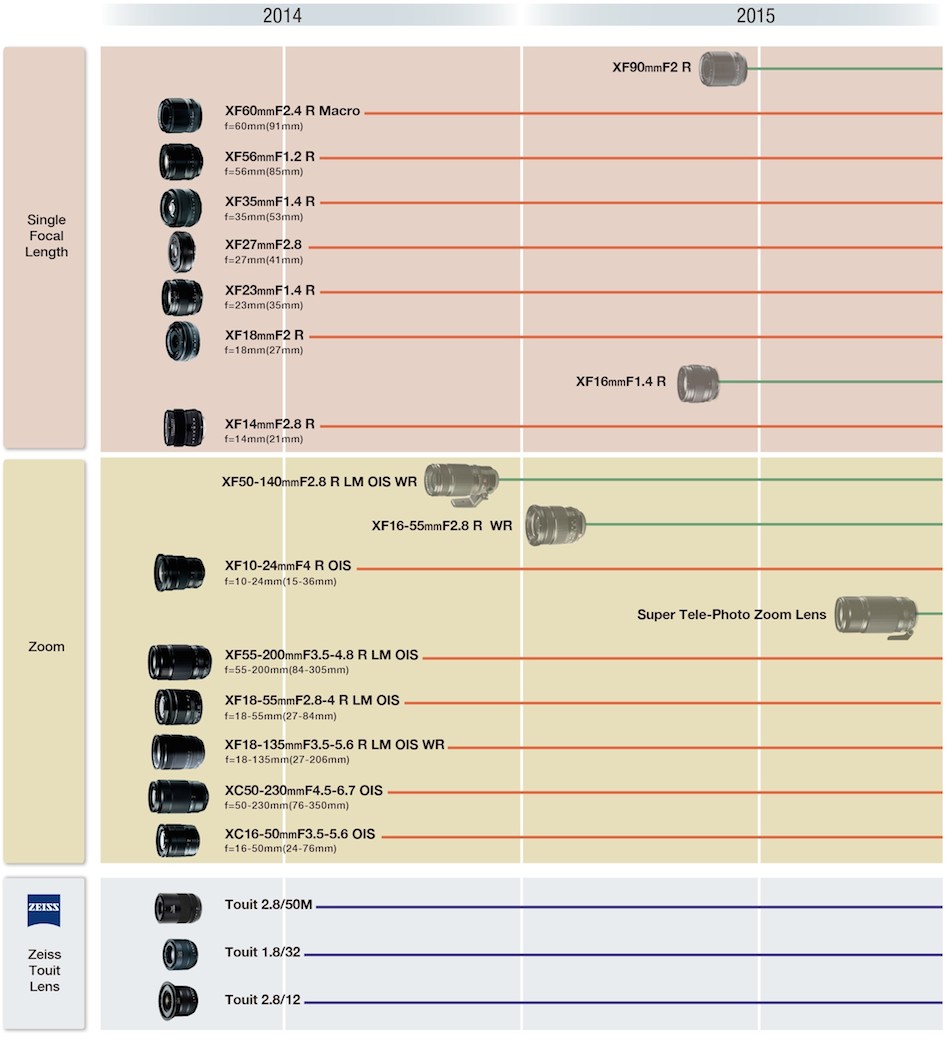 The latest roadmap shows that the lineup will be enhanced with the introduction of the following lenses throughout 2015:

A large-diameter medium telephoto lens (the XF90mmF2.0R) features for the first time on the development road map for first half 2015. The next available lens will be the XF50-140mm F2.8 R OIS WR. Following on from the XF18-135mm lens, this will be Fujifilm’s second weather resistant lens designed to partner its X-T1 camera.

Other updates to the road map include the previously announced “Ultra-wide angle lens” being confirmed as the “XF16mmF1.4 R” with a guide launch date of mid 2015. And the planned launch of the XF16-55mmF2.8 WR lens moving to Spring 2015 and the Super Tele-Photo Zoom lens to Winter 2015.