Canon has officially announced that their gear was the most widely used camera system at the 2014 World Cup.

Canon broadcast lenses were the most widely used lenses covering the matches of the recent World Cup in Brazil. Furthermore, the professional photographers and videographers tasked with capturing the events utilised Canon DSLR cameras and lenses more than any other brand.

According to the statement, about 70% of the professional photographers at the 2014 World Cup have used Canon DSLRs and lenses.

Canon Gear Was Top Choice Among Professionals at 2014 World Cup 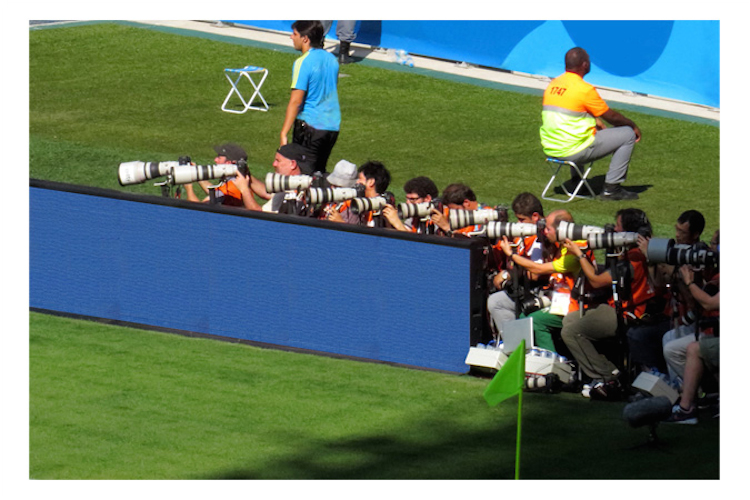 MELVILLE, N.Y., July 24, 2014 – Canon U.S.A., Inc., a leader in digital imaging solutions, is proud to announce that Canon broadcast lenses were the most widely used broadcast lenses covering the matches of the recent Soccer Tournament in Brazil. Furthermore, the professional photographers tasked with capturing the riveting goals, ravenous fans, colorful scenery and nail-biting moments of the soccer matches utilized Canon DSLR cameras and lenses more than any other brand*.

This outstanding show of support for Canon equipment in Brazil follows Canon broadcast lenses being used extensively to broadcast The Big Game in New Jersey on February 2, 2014, as well as being the number one camera and lens choice for imaging professionals shooting from the sidelines of the game between Denver and Seattle. In support of professionals on the ground, the Canon Professional Services (CPS) team was on location at each of these sporting events, among countless others, to provide support to photographers, broadcasters and all imaging professionals.

“Canon is honored to help broadcast companies and news services bring the action of these high-profile sporting events to devoted fans across the world. It is a testament to our products and professional service and support that so many image makers at the pinnacle of their profession rely on Canon,” said Yuichi Ishizuka, president and COO, Canon U.S.A., Inc.

A look to the sidelines in Brazil revealed a familiar sight to many sporting event fans — Canon EOS Digital SLR cameras, equipped with iconic white Canon telephoto EF lenses. Throughout the tournament, approximately 70 percent* of imaging professionals chose Canon DSLRs and lenses to capture and share the memorable moments of these passionate and prideful soccer matches. Much like The Big Game, in which 75 percent** of imaging professionals on the sideline of that gridiron matchup chose Canon equipment.

At each of the 12 stadiums that hosted Soccer matches in Brazil, CPS had teams of technical and professional representatives providing imaging professionals with convenient access to product support, equipment maintenance, and product loans.