The new Sony HDR-AS20 Action Cam include a CMOS sensor, an ultra-wide lens with an angle-of-view of 170° and built-in Wi-Fi that connects Action Cam with the wearable RM-LVR1 Live-View Remote.

Available as an optional extra, this waterproofed wrist-mount accessory makes it easy to check shots and control up to five cameras with Action Cam mounted in hard-to-reach places. Battery life is approximately 130 minutes with Wi-Fi and 150 minutes without.

The new HDR-AS20 Action Cam from Sony will be available from late June 2014. 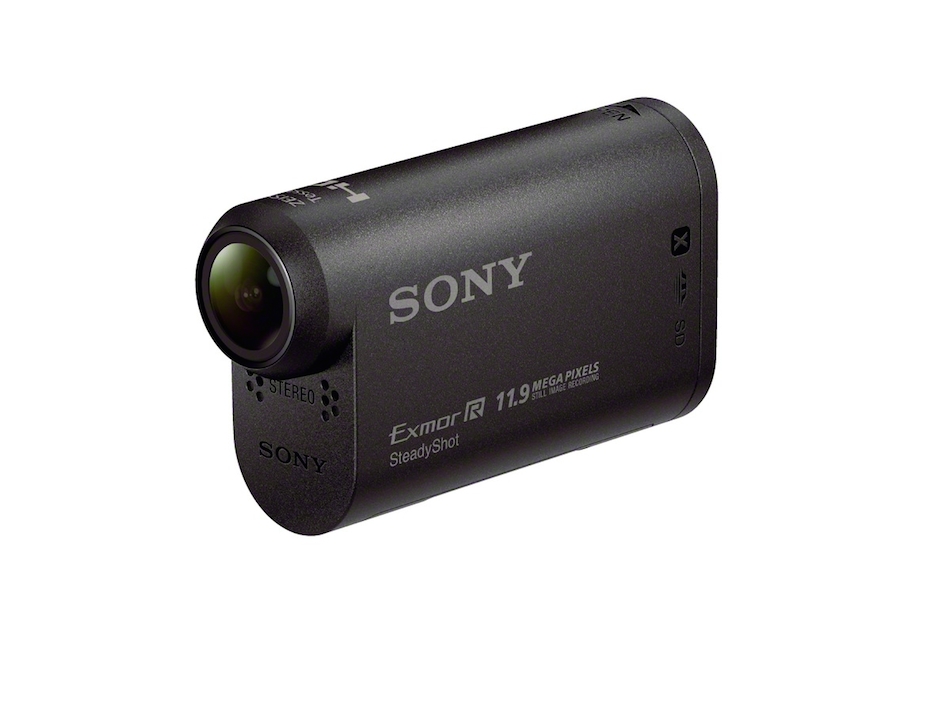 Summer’s around the corner – and Sony’s brand new Action Cam AS20 is tough enough to handle all the thrills that are heading your way.

Nothing escapes the wide-angle ZEISS Tessar lens with its huge 170° field of view (120° with SteadyShot on) that’s close to human vision. Camera shake is kept in check by SteadyShot that reduces judder and vibration when you’re hurtling down a pock-marked bike trail or buffeted by wind and waves. There’s also a stereo microphone that dependably captures richly natural sound, adding an extra dimension of realism to those everyday adventures.

The back-illuminated Exmor R™ CMOS sensor ensures beautiful Full HD video and awesome still photos, even at dusk when lesser cameras struggle. High bit-rate recording at up to 28Mbps ensures crisply-detailed footage, even in busy scenes with lots of camera or subject motion.

Built-in Wi-Fi connects Action Cam with the wearable RM-LVR1 Live-View Remote. Available as an optional extra, this waterproofed wrist-mount accessory makes it easy to check shots and control up to five cameras with Action Cam mounted in hard-to-reach places like your surfboard or a helmet.

For extra versatility, a handy flip function automatically inverts the image if you’re shooting with the camera bolted upside down – like on the fairing of your microlight.

With its slim, low-profile design, Action Cam goes wherever you go… from surfing trips to skate parks. Its thin aerodynamic design carves through the air, cutting wind pressure when you’re streaking downhill by bike or taking the plunge in your first parachute jump.

Battery life’s even longer than its predecessor, letting you shoot non-stop video footage for a generous 130 minutes with Wi-Fi on (150 mins[ii] with Wi-Fi off) – plenty for documenting for that gruelling BMX trek or snorkelling trip.

When you’re back at your PC after an action-packed day out, Sony’s free PlayMemories Home app makes it easy to edit footage and share via sites like Facebook® and YouTube™. New Video Merge* lets you create exciting split-screen composites of up to four simultaneous views captured by different cameras. (Requires PlayMemories Home Version 3.1.10 or later for Windows, and Version 1.1.10 or later for Macintosh).

The new HDR-AS20 Action Cam from Sony is available to pre-order now from www.sony.co.uk. It’s on general sale in Europe from late June 2014.