Sigma has officially announced the pricing and availability information of the new Sigma DP2 Quattro camera.

According to the official press text first camera in the dp Quattro series will be available in the United States in early August for the street price of $999.

The new Sigma Quattro is fancy looking but a very good performer. The new Sigma dp2 Quattro has a 30mm (45mm eq.) f/2.8 lens with 8 elements in 6 groups. See the official announcement here. 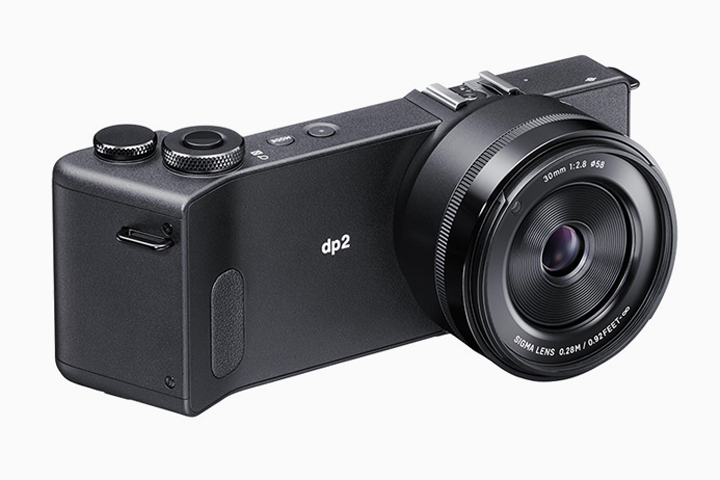 RONKONKOMA, N.Y. — June 12, 2014 – Sigma Corporation of America, a leading researcher, developer, manufacturer and service provider of some of the world’s most impressive lines of lenses, cameras and flashes, today announced the pricing and availability of the new Sigma dp2 Quattro camera. The first camera in the dp Quattro series will be available in the United States in early August for the street price of $999.

“With the initial excitement surrounding the announcement of the dp Quattro trio of cameras, we are thrilled to share the availability and pricing of the first camera in the series,” said Mark Amir-Hamzeh, president of Sigma Corporation of America. “Our camera enthusiasts will be particularly interested in the dp2 Quattro’s higher resolution, faster processing and write times, increased battery life and improved high ISO performance over the Merrill series of cameras.”

As with all the cameras in the Quattro series, the dp2 Quattro features a redesigned camera body and Foveon “Quattro” Direct Image sensor with a Bayer equivalent of a 39 MP conventional sensor in resolution testing. The next generation sensor builds on the distinctive properties of X3 technology which uniquely records red, green, and blue wavelengths at each pixel location within three layers.

The Quattro sensor is a three-layered, panchromatic silicon chip whose green-sensitive middle and red-sensitive bottom layers each have 4.9 MP and record only color/chrominance information. The top blue layer captures chrominance and resolution/luminance information with 19.6 MP, resulting in greater detail capture and resolution capabilities that are higher than the Merrill DP camera line. The Quattro sensor’s architecture also contributes to true color rendition, more detail capture, and faster image processing, all of which delivers even more realistic images.

The dp2 Quattro utilizes a fixed 30mm 2.8 standard lens that is specifically designed and optimized to pair with the Quattro sensor and create images of exceptional sharpness and detail. The camera was designed and created to provide emotive imagery for all different types of photography including, but not limited to, landscape, street, portrait, culinary, fine art and architectural photography.

The dp2 Quattro camera will differ from earlier generations of the DP cameras as it will feature:

Fans can anticipate the release of the dp1 and dp3 Quattro cameras with newly developed 19mm F2.8 and 50mm F2.8 lenses respectively. To locate the closest authorized Sigma dealer, visit http://www.sigmaphoto.com/where-to-buy-sigma. For more information about Sigma Corporation of America and the Quattro line of cameras, visit www.sigmaphoto.com.

Since 1961, Sigma has worked toward a single, simple goal: To imagine and develop photographic technologies that push the envelope, empower photographers and produce unparalleled imagery. We’ve honored this commitment by maintaining control of our design, research and development, and manufacturing processes in our own Aizu Factory. Our products are built with premium materials and are known worldwide for quality and performance. Our family-owned organization is the largest, independent SLR lens manufacturer in the world, producing more than 45 lenses that are compatible with most manufacturers, including Sigma, Canon, Sony, Nikon, Olympus, Panasonic and Pentax. Sigma Corporation also produces digital SLR cameras and high-definition digital compact cameras. The company is headquartered in Japan, with offices strategically located throughout Europe, Asia and North America. Photography is all we do, and it’s all we’ve ever done.