The HDR-AS100V has won the title Best ActionCam. The Sony QX series lens cameras has become the winner of the Mobile Imaging Device category.

TIPA (Technical Image Press Association) is one of the most powerful and influential photographic industry organisations in the world with membership from 28 photo and imaging magazines in 15 countries, across five continents. Every year, it reviews image-related products released in Europe and awards the best product in each category. 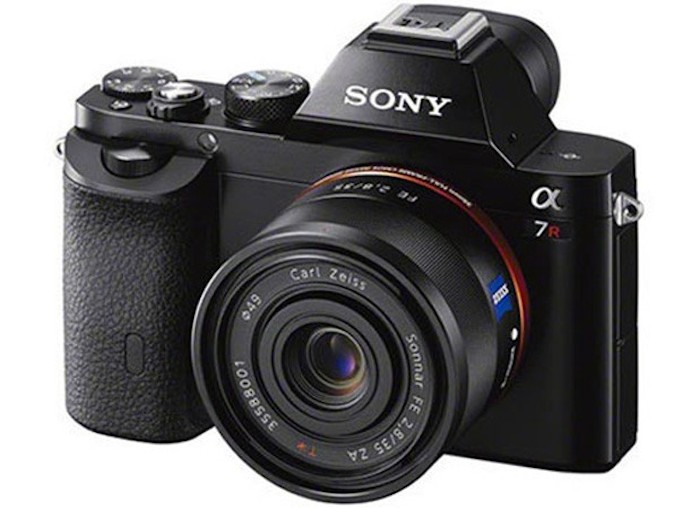 The Sony a7R is the smallest and lightest CSC (compact system camera) with a full-frame chip, the 36.4 MP Exmor CMOS sensor with no low-pass filter and is powered by Sony’s BIONZ X processor. With handling and access to controls and image parameters that will be familiar to and welcomed by photographers, other feature highlights include Auto HDR, a robust magnesium body, numerous Picture Effects, manual focus peaking, 1080p video at 60 and 24 fps (50p/25p) switchable between NTSC and PAL and an ISO range of 100 to 25,600. The a7R delivers 4 frames-per-second in continuous shooting mode. In addition, the introduction of the a7R saw five new and dedicated Sony FE mount lenses. Users can utilise E-mount lenses, which automatically initiate an APS-C crop mode, and A-mount lenses via an adapter. The camera has built-in WiFi with NFC for connectivity. Full details of the ILCE-a7R can be seen here.

4K video offers 4 times higher resolution than HD, and the Sony AX100 is among the first to deliver it in a ‘standard’ camcorder design. The unit has a 1-inch Exmor R sensor and delivers 14 MP and 20 MP still capture. It offers a variety of recording options, including XAVC-S, AVCHD and MP4. The unit has a Carl Zeiss Vario-Sonnar T* lens with 12X optical zoom. A BIONZ X processor can deliver 120 fps recording with Optical SteadyShot image stabilization with Active Mode. Viewing is through EVF or a 921K LCD. Smartphone connectivity is via WiFi and NFC, including the ability to work with a remote control via a mobile device. Full details can be seen here.

The ‘actioncam’ POV category is hot, and Sony’s AS100V offers a wide variety of WiFi and connection options, built in GPS and both still (13.5 MP) and video (XAVC-S 60p/50p) recording capabilities and is switchable between NTSC and PAL. The diminutive (about 1 x 2 x 3 inches) unit has an advanced image stabilization system and built-in stereo mic, plus an ultra-wide (170 degrees) Carl Zeiss Vario Tessar lens – all in a splashproof body. All functions can be controlled via smartphone, and the unit comes supplied with a waterproof case, adhesive mount and tripod adapter, with various other optional mounting systems available. Capabilities include interval photo recording ranging from 5 to 60 seconds per shot and the AS100V also supports 24p high-speed 120 fps and 240 fps shooting with sound. Sony’s PlayMemories Home offers a number of features that let you put together an impressive and unique final cut you’ll be proud to share including showing GPS data stored in the Action Cam to display your route and speedometer readings on screen. Full details can be seen here.

Rather than rely on the smartphone for making quick images and videos on the go, Sony’s DSC-QX100 (20 MP, Carl Zeiss Sonnar T* lens) and DSC QX-10 (18.2 MP, Sony G lens, 10x optical zoom) are ‘lens style’ cameras that use the smartphone as the transmitter of high-quality images and videos it records. Using Sony’s PlayMemories Mobile app, the units connect wirelessly to any iOS or android smartphone via WiFi direct or NFC and convert the phone’s LCD to a real-time viewfinder with shutter release, video activation and adjustment of various settings. They can be attached to the phone with an adapter or used independently for free angle shooting. Images can be saved to both the smartphone and lens/camera and then shared instantly to various social media sites. Full details of the products can be seen here.