Leica has registered a new camera at radio government agency of Korea RRA (Korea Radio Research Laboratory). The new camera will be called as Leica M Monochrom (Typ 230) and to be announced soon.

The new version of the Leica M Monochrom rangefinder camera also announced a while ago and the digital camera is now available in Silver Chrome finnish. 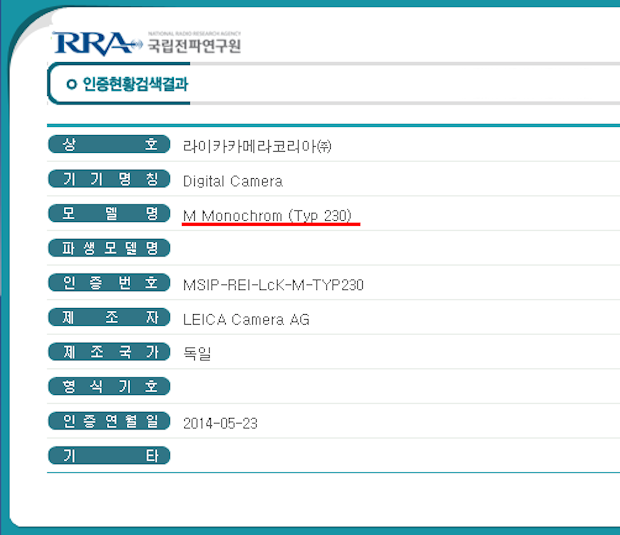