The new version will be designed to support tablets with HD displays (like the new Microsoft Surface).

Recently Adobe has announced the Lightroom for Mobile. The new lightroom app is currently available only for iPad.

iPhone and Android versions will be coming later.

Adobe Working for a New Photoshop CC Version for Tablets 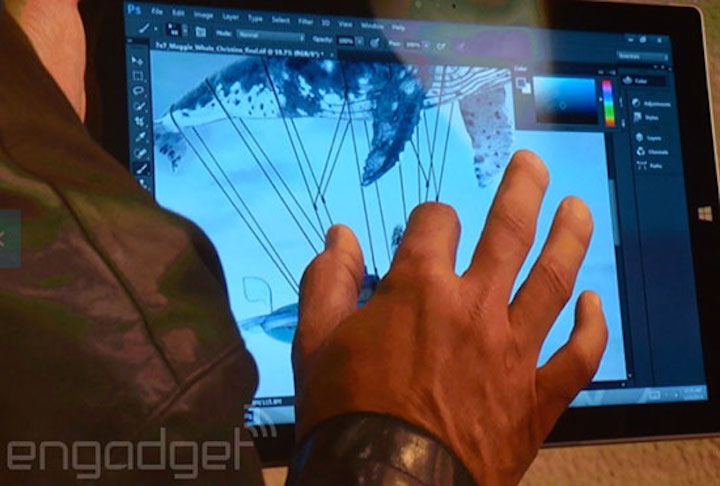 “This edition is designed specifically for use with a touchscreen and stylus. Icons and other UI elements have been doubled in size so that they’re easier to tap with a free finger and gestures like pinch-to-zoom work flawlessly. And this isn’t some hobbled, half-featured version like Photoshop Express or Photoshop Touch.”