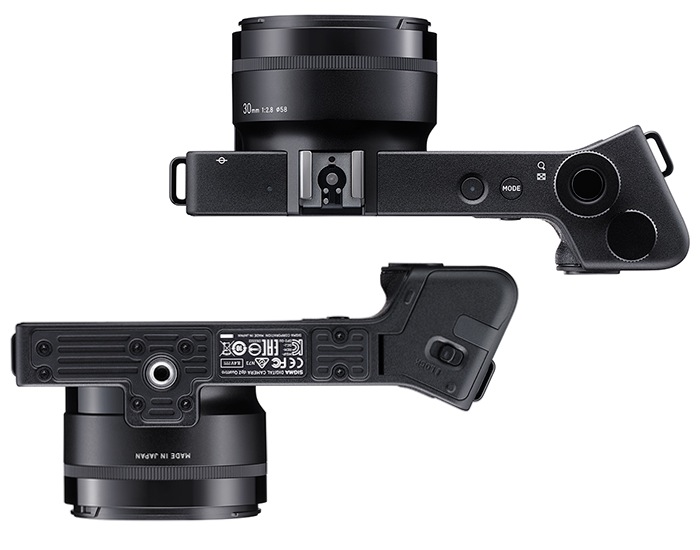 While photographers might be attracted to a new format or different brand camera, the ownership and investment in legacy lenses of a specific mount may stop them from exploring new options for their image making. The SIGMA Mount Conversion Service offers the opportunity to change the mount on a specific set of SIGMA brand lenses, regardless of the mount, to Canon, Nikon, Sony, Pentax, Micro Four thirds and Sony E-mount. Pricing depends on the type and focal length of the original lens. Service details are handled by the local SIGMA representative or distributor within each country, worldwide, and takes from two to four weeks to complete.

It is rare that a company will completely redesign the look and feel of their cameras when bringing forth new and updated sensor technology, but that is what SIGMA has done with their new dp Quattro line-up. The SIGMA dp Quattro is a completely redesigned home for the next generation Foveon X3 “direct image” sensor. Each of the three cameras in the line share form and function, but what sets them apart is that each offers a fixed focal length lens (19mm, 30mm, and 50mm, equivalent to 28mm, 45mm and 75mm respectively) with sensor and lens optimized for each. The unique look, feel and functionality of the camera sets it apart from the norm, and is a bold design statement from the company.

The amazingly compact (2.8 x 3.4 inches) and affordable 18-200mm f/3.5-6.3 DC Macro OS HSM (27-300mm equivalent) lens is exclusively for APS-C sized sensors. It is smaller and lighter than the previous version and offers a closer focusing distance to boot. It also has a newly incorporated SLD glass element plus 3 aspheric elements among its 16 elements, 13 groups construction. The lens incorporates an optical stabilizer (OS) system for those cameras that do not have OS built-in, with automatic panning detection to shift the OS to one axis. It has a close focusing range of about 1.5 feet throughout the focal length range, making it extremely versatile for close-up photography.

*Currently, 28 publications from Europe, South Africa, Canada and USA are members of the TIPA (Technical Image Press Association) organization and chief editors and technical editors of these publications constitute this organization. Since 1991, TIPA has presented many awards in several sectors, including imaging.