Leica is rumored to announce a new X type camera in 2014. Leica X type 113 camera gets registered at the Korean Radio Research Agency.

Digicame-info spotted the link  to the korean agency for the new “Leica X” camera. There is no info about the specs but at least we know the name of the camera will be Leica X type 113.

The Korean Agency registers all devices with Wifi. They need to be approved by the Korean Authority to be sold in Korean Stores. 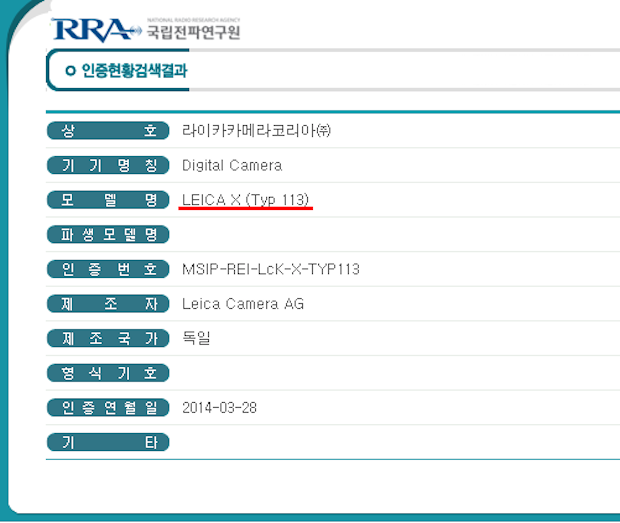 Leica X (Type 113) camera will probably have built-in Wi-Fi, and will be announced this year. As we all know this year is the Photokina year so it will well be displayed at Photokina 2014 in September.

Previous post: Panasonic Will Display New PL-mount 4K camera at NAB 2014
Next post: Sony A77 Successor [A77II] Rumored To Be Announced on May 1