They have posted one more image on Facebook shows the three blur images of the lenses and “Our past is just a story” text.

So what will be these three lenses from Samyang optics. Cine lenses, mirrorless lenses, and a 35mm auto-focusing AF lens for Canon mount. 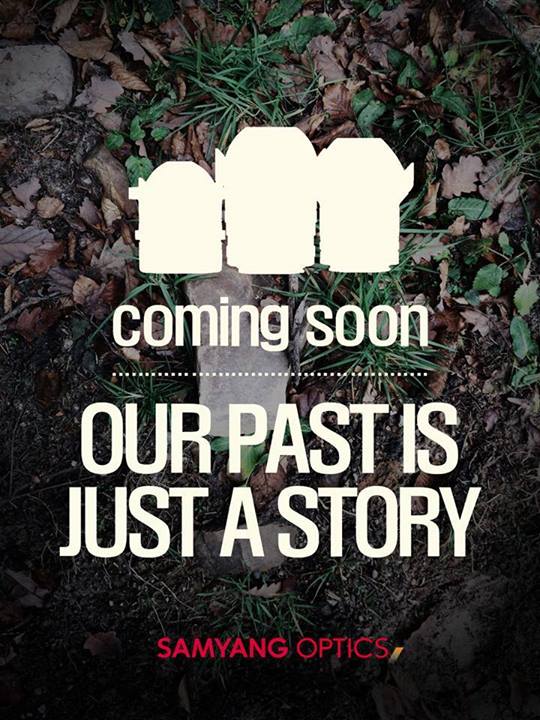 Canon mount 35mm auto-focus lens is scheduled to be launched 1st half of 2014.