Canon Japan has announced a new interchangeable-lens camera featuring an APS-C sized 15MP monochrome sensor and Nikon F bayonet mount. This is a new market for Canon, and follow-up to their foray into the security camera market.

Nikon has very strong positions In the market of interchangeable-lens industrial cameras. This is probably why Canon decided to introduce an F-mount model instead of trying to push its own EF-mount lenses.

Pricing and availability have yet to be confirmed. 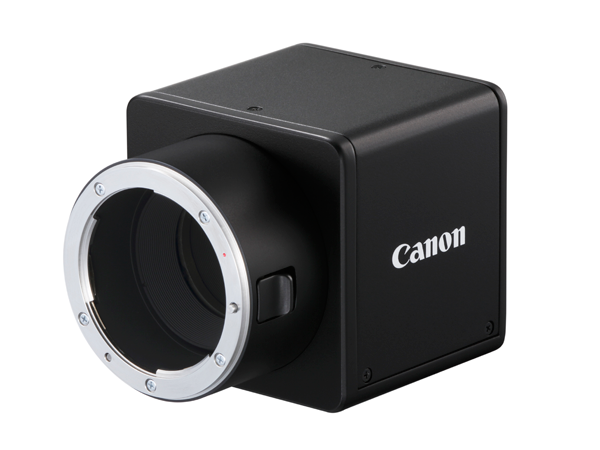 Key Features
This new product is the exact quality of manufacturing liquid crystal panel and the solar panels are required, such as a digital single-lens reflex camera, the quality of the testing of optical components for proper inspection camera. Traditionally relied on the human eye to detect the inspection process is a high-resolution scan is available, go to the next using the camera market is expected to grow to be more. Canon grasp market trends and existing businesses, such as a new business gained in the application of technology for the industrial market with the camera.

Low-noise, high-resolution CMOS sensor with a EOS series of interchangeable lens cameras to take advantage of accumulated high-sensitivity CMOS sensor The newly developed CMOS sensor with 15 million pixels to be black and white. To achieve low noise and wide dynamic range and a high contrast and enables a check. Because of this inspection under low-contrast environments white / black to gray to indicate high quality of the human eye can not easily identify defects such as small scratches or foreign objects can be detected precisely.

Camera Link Interface
Images can be transferred and the industrial output of the high-speed camera on the market for the wide dissemination of the standard Camera Link interface specification support.

Test equipment for image input cameras in the world market is about 18 billion yen in 2013 was estimated to be. Among the more than 10 million pixels for high-resolution industrial camera market is a high-precision smart phones or televisions in the future, such as increased demand growth is expected to be widespread. Canon grasp these market trends, low-noise, high-resolution, high value-added industry for the last product launch to market the camera.

Previous post: Olympus Rumored To Be Working on a New 9mm f/2.8 “PRO” Lens
Next post: Fujifilm Partners with Globe-Trotter for Exclusive Cases and Camera Sets