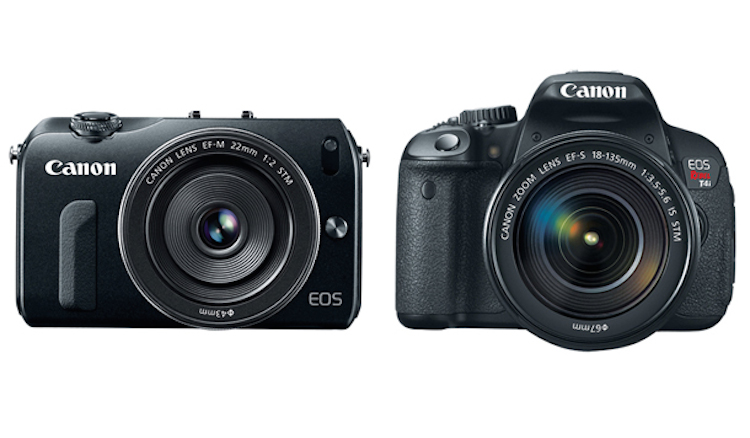 Canon, a company that has continuously produced cameras since its founding in 1937, began producing and marketing digital cameras in the mid 1990s. In 1995, when film cameras were still the norm, Canon launched its first digital camera, the professional-model EOS DCS 3* digital SLR camera.

At the time, compact cameras were leading the digital shift within the camera industry. In 1996, Canon announced its market entry with the introduction of the PowerShot 600, the Company’s first compact digital camera. In 2000, amid the market’s rapid growth, Canon launched the IXY DIGITAL (PowerShot S100 or DIGITAL IXUS in markets outside of Japan), featuring a ground-breaking compact, stylish body design that set the trend for compact digital cameras.

As for interchangeable-lens digital cameras, while the market in the mid 1990s had consisted primarily of professional models, with the start of the 2000s, the segment rapidly took off. In 2000, Canon launched the EOS D30, developed as a “next-generation standard digital SLR camera” to satisfy the needs of a wide user base, from advanced photo enthusiasts to professional users. In 2003, Canon again led the market with the introduction of the entry-level-model EOS Kiss Digital (EOS Digital Rebel or EOS 300D), which set the stage for dramatic expansion of the market.

Since that time, Canon has successively launched innovative products that capitalize on the Company’s strengths in CMOS sensors, image processors and EF lenses, such as the professional-model EOS-1 series and EOS 5D series targeting advanced-amateur users, as well as the compact-camera-system EOS M series. As a result, in 2005, production of Canon interchangeable-lens digital cameras reached 25 million units and, in February 2014, surpassed 50 million units. Among the new products worthy of note that contributed to the realization of this milestone were the EOS 70D, featuring innovative Dual Pixel CMOS AF autofocus technology, and the entry-level EOS Kiss X7 (EOS Rebel SL1 or EOS 100D), which combines a ground-breaking compact, lightweight body design with advanced basic performance.

Canon will continue to refine its diverse imaging technologies based on its core optical technologies, striving to produce exceptional and reliable cameras and lenses that cater to the varying needs of photographers—from first-time users to advanced amateurs and professionals—while contributing to expanding the culture of photographic and video imaging.

* The EOS DCS 3, jointly developed by Canon and Eastman Kodak, was also sold under the Kodak brand.