DxOMark has posted their test results for the Sony Zeiss Sonnar T* FE 55mm F1.8 ZA full frame lens. They reviewed the prime, normal focal length lens which is currently priced for $998 and the lens performed as the best autofocus lens ever tested at DxOMark. 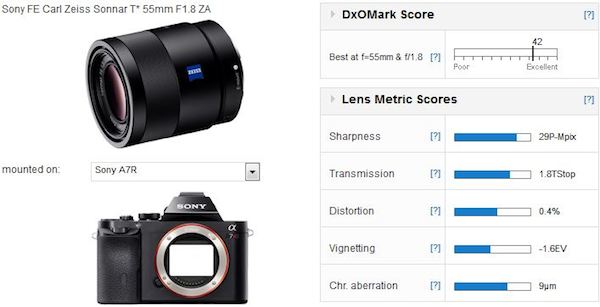 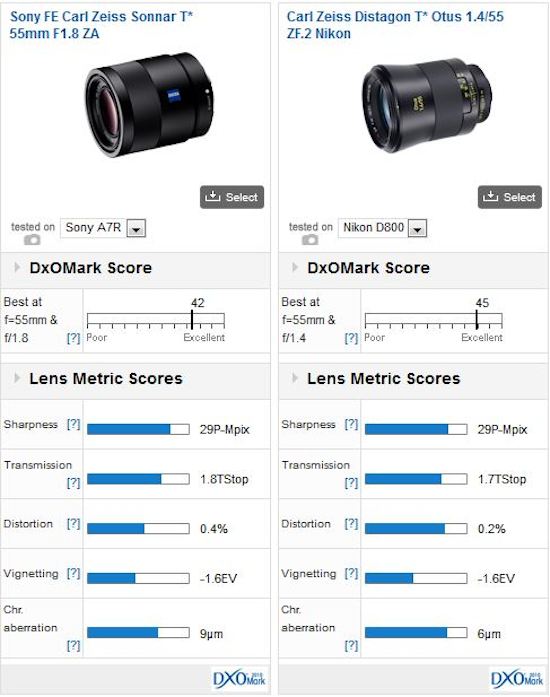 In fact, the Zeiss Sonnar has similarly high peak sharpness and outstanding uniformity with less than 5% loss in sharpness across the field at any given aperture value. Transmission is outstanding but while both distortion and chromatic aberration are quite well controlled, some slight CA is evident throughout the aperture range though it decreases when stopping down.

On paper at least the Zeiss Sonnar T* FE 55mm f1.8 ZA may seem somewhat unadventurous and over-priced given the f1.8 maximum aperture. In reality the lens is a bright 1.8TStops, and image quality is outstanding. Even the $1,000 price seems quite reasonable.

Previous post: Canon EOS 7D Mark II Coming in Q2, Released in Q3?
Next post: Sony A77 Successor Release Date is June and Price Will be Around €1,200