Sony’s fast Hybrid AF system produces an autofocus performance of just 0.06 sec with high precision accuracy and covers 92% of the frame with phase-detect 179 focal points. The new AF system allows for continuous shooting at 11 fps with subject tracking, and also promises the ‘world’s fastest autofocus’, according to Sony. 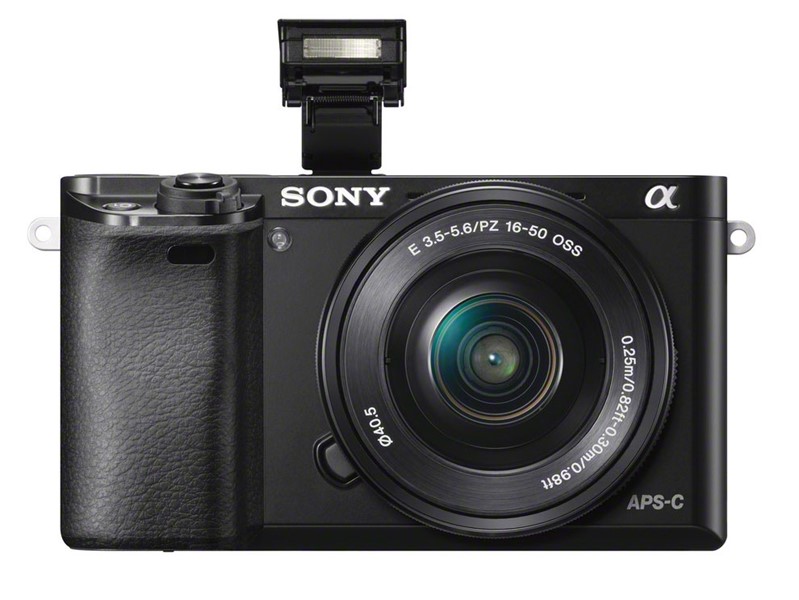 “With the world’s fastest autofocus system1, the ability to capture a blazing 11 frames per second and a 24.3 MP sensor, the new α6000 rivals even the best DSLRs in the market today in terms of performance, and does this in half of the size and weight at an extremely attractive price point,” said Neal Manowitz, director of the alpha interchangeable lens camera division at Sony.  “It’s an ideal choice for photo enthusiasts eager to ‘go light’ and take their photography to the next level.”
Mike Fasulo, President and COO of Sony Electronics, added “The new α6000 camera is simply the latest in a recent line of awe-inspiring product introductions from our digital imaging group – one of the key pillars of our core electronics business.   As a leader in the imaging industry, we’re continuing to push the limits of innovation, offering products and experiences that only Sony can deliver.”

New ultra-fast AF system
Even quicker than most professional DSLRs, the phenomenal autofocus speed of the α6000 camera is powered by Sony’s advanced Hybrid AF system.  The new model features a focal plane phase-detection AF sensor with an extremely wide autofocus coverage area – 179 focal points– that is teamed with high-precision contrast-detection AF.  This potent combination allows the camera to accurately track and respond to a subject moving through nearly the entire frame, and to shoot at an eye-popping speed of up to 11 frames per second with continuous autofocus.  It’s an unprecedented combination of speed and frame coverage in today’s market.

Design and Controls
The new camera’s clear, bright OLED Tru-Finder lets you see a live preview of all setting adjustments before the shot is taken, so what you see is exactly what you get.  Conveniently placed mode and control dials on top of the camera give easy access to commonly used settings.  Additionally, a ‘Function’ button and two additional customizable buttons give quick access to any one of 47 assignable functions.  There’s also a built-in flash for extra flexibility in any shooting situation.

Wi-Fi® and PlayMemories™
The α6000 camera has built-in Wi-Fi, giving consumers one-touch connection with Xperia® or NFC-compatible Android™ smartphones or tablets for instant image transfer and sharing2.  A single touch also activates Smart Remote Control, linking the camera with a smartphone or tablet for a live image preview, to fire the shutter from a distance and to review shots instantly. 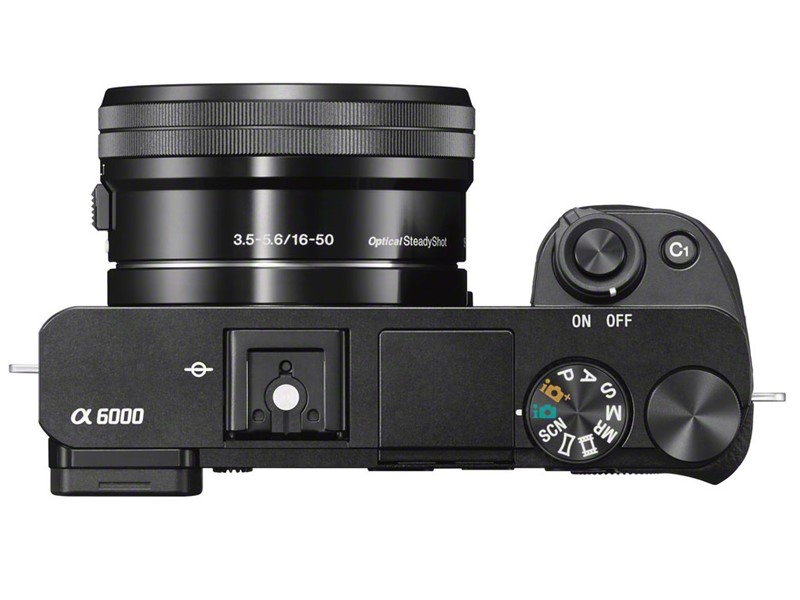 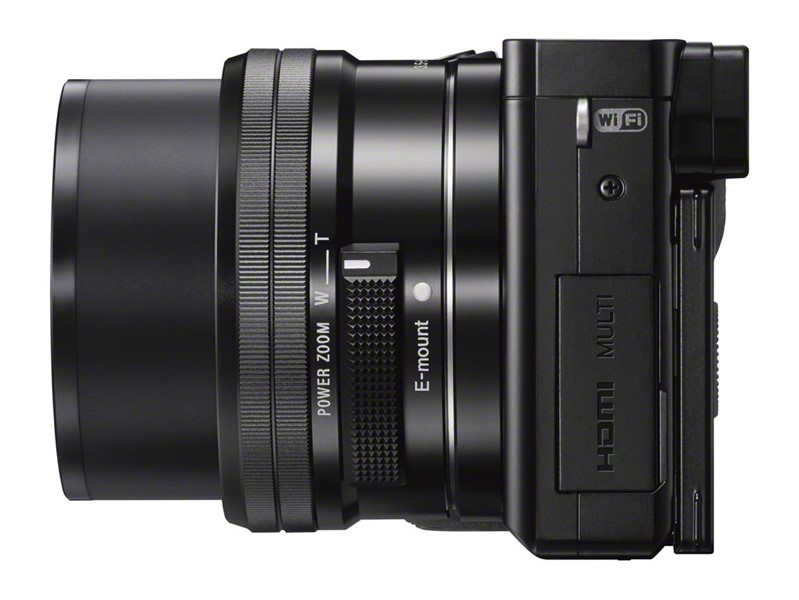 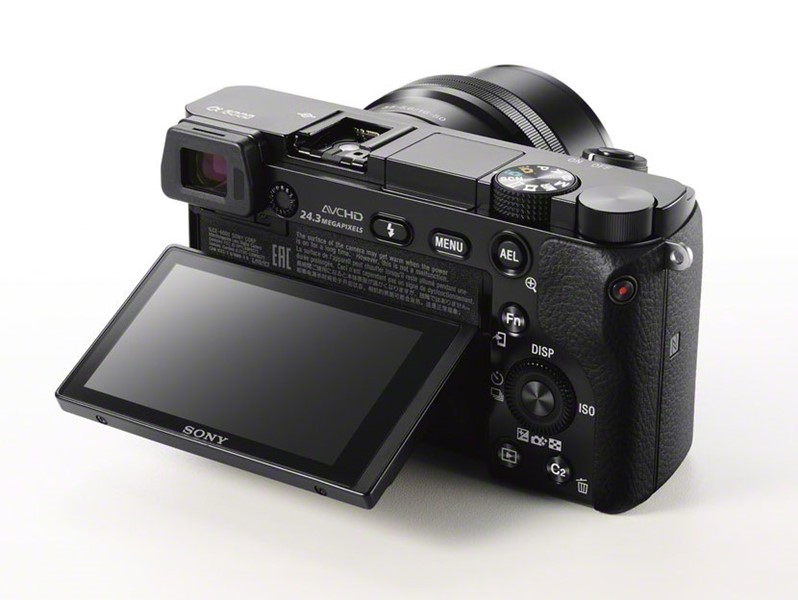 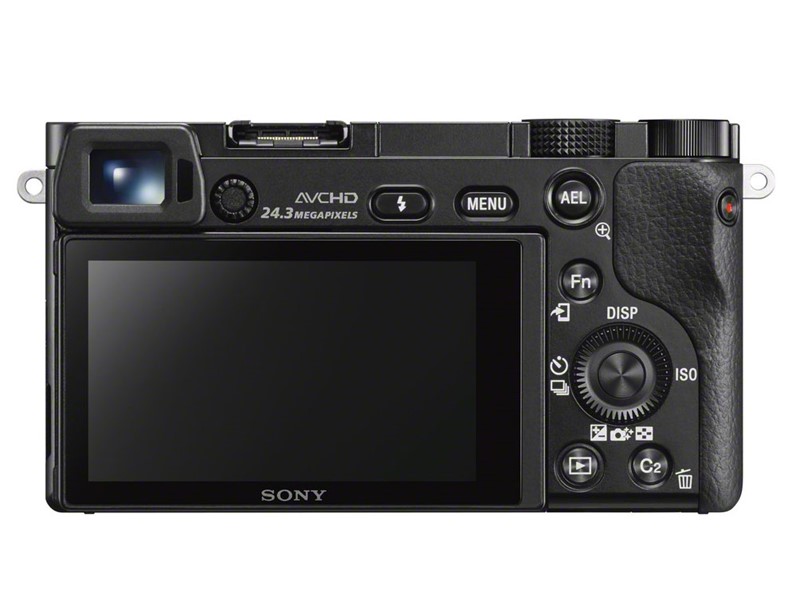