Olympus is to announce a new PEN series digital compact system camera soon. According to a Japanese Magazine post the new model will be Olympus PEN E-P7 and it will feature integrated viewfinder.

Olympus release its PEN series cameras mostly in Spring and if this rumor is true the new E-P7 probably coming soon. Our guess is it may feature the same 16 megapixel sensor found in the E-P5 model. Sure the most important feature will be the integrated EVF on it. 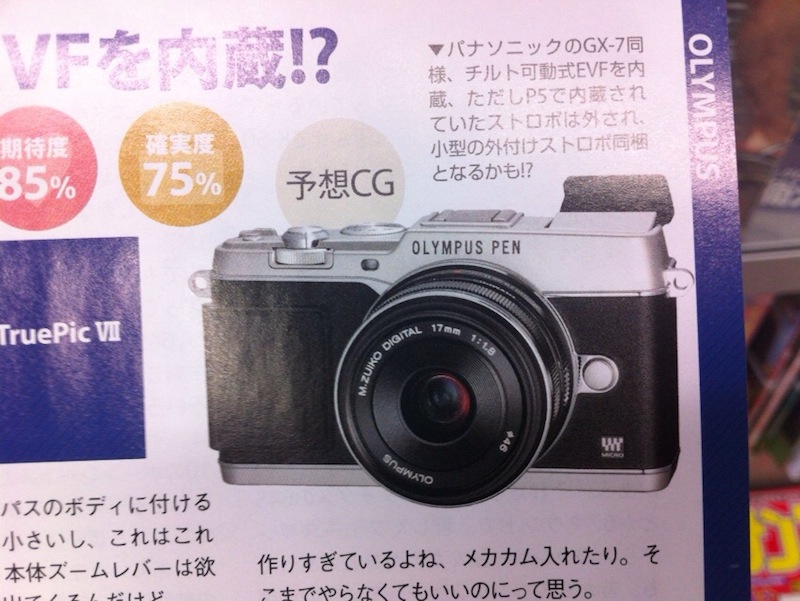 There are no price or official announcement date detailed for the Olympus PEN E-P7 Micro Four Thirds digital camera. See the quick specs of the current E-P5 below.