Kodak has announced several new superzoom digital cameras at CES 2014. The new Kodak Pixpro AZ651 is one of them with a massive 65x optical zoom lens.

The Kodak Pixpro AZ651 is a new superzoom camera features a 24-1560mm equivalent 65x optical zoom lens, image stabilisation and a 3″ vari-angle display. The AZ651 is capable of shooting Full HD videos and comes with a proprietary lithium-ion battery. 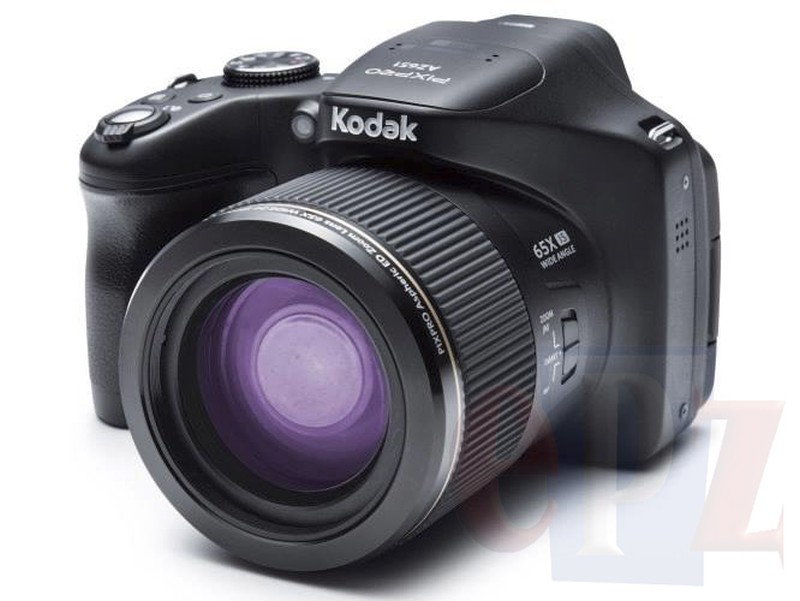 The updated KODAK PIXPRO suite of cameras will continue to offer consumers a variety of feature rich, long-zoom options at very attractive price points. The 2014 Astro Zoom line is highlighted with the flagship 65x optical zoom AZ651. This model retails for a MSRP of $349; features a 24mm wide-angle lens; 1080p HD Video; 3.0” articulating LCD; OIS and a rechargeable lithium-ion battery. The AZ651 is scheduled to go on sale in spring 2014.

With the introduction of the brand new KODAK PIXPRO SMART LENS® camera models SL10 and SL25, consumers now have a viable option to outfit their existing iOS or ANDROID smartphones with a snap on lens boasting powerful 10x or 25x optical zoom. The SMART LENS® Camera is also wireless for added flexibility and can be controlled via a free app. Features on the SL10 ($199 MSRP) include 10x optical zoom, 1080p video, 28-280mm wide angle lens, optical image stabilization (OIS), a micro SD card and compatibility with iOS/ANDROID phones. The SL25 ($299 MSRP) adds 25x optical zoom and a 24mm ultra-wide-angle lens. The SMART LENS® devices will be available in spring 2014.

Leveraging technical prowess and manufacturing excellence, the KODAK PIXPRO Camera line will introduce its first micro four thirds camera with the S-1. The S-1 is WiFi® enabled, boasts a 16MP BSI CMOS 4/3” sensor, a 3.0″ 920 articulating LCD, sensor shift OIS, 1080p 30fps H.264 FHD Video and lithium-ion battery. The S-1 is priced competitively at $499 MSRP for the entry-level single lens kit and $599 MSRP for a double lens kit and is perfect for the avid photographer looking for a high performance model in a slim and compact design.

The step up SP1 Action Cam features a 160 degree ultra-wide-angle lens and built-in Wireless capability. The SP1 is attractively priced at ($169-$229 MSRP) and offers three optional accessory packs depending on retailer, giving consumers even more flexibility to choose from options including a handlebar attachment, head/helmet strap, surfboard, suction cups and other attachments for capturing life’s adventures in full HD.

For customers who value the convenience of a quality point-and-shoot compact camera, the KODAK PIXPRO Friendly Zoom line of point-and-shoot digital cameras is also available, with price points ranging from $69 – $129 (MSRP) with many automatic and very easy to use features.

For more information and for product availability, please visit: http://kodakcamera.jkiltd.com