Sony has announced a new camcorder in the NXCAM lineup. The new Sony HXR-NX3 is a pro camcorder that adds W-Fi connectivity and an MP4 recording option.

The Sony HXR-NX3  adds such functions as using an iOS or Android device to monitor recording and control zoom, iris, and touch auto-focus remotely.

Sony HXR-NX3 is powered by three 1/2.8-inch-type image sensors, capturing red, blue and green light signals independently. It is capable of shooting videos at 1920 x 1080 resolution and 60p frame rate. The integrated G lens provides a 35mm equivalent of 28.8mm at the widest point and 1,152mm at the telephoto end, respectively. It is a 40x optical zoom lens that captures movies in uncompressed 8-bit 4:2:2 mode. 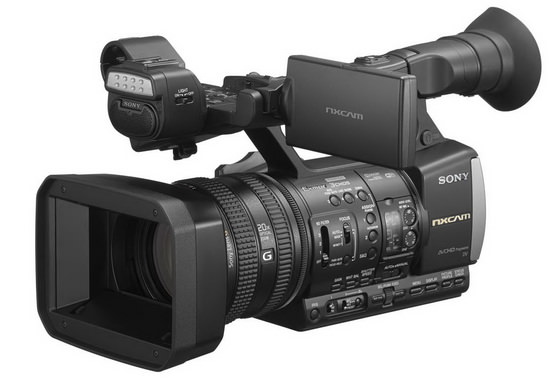