The review includes several sample images captured with the lens and covers every details. Rokinon 14mm Ultra Wide-Angle f/2.8 IF ED UMC lens currently selling for $325.  On the other hand Canon’s EF 14mm f/2.8L II USM lens price is $2,359.00. See their conclusion below. 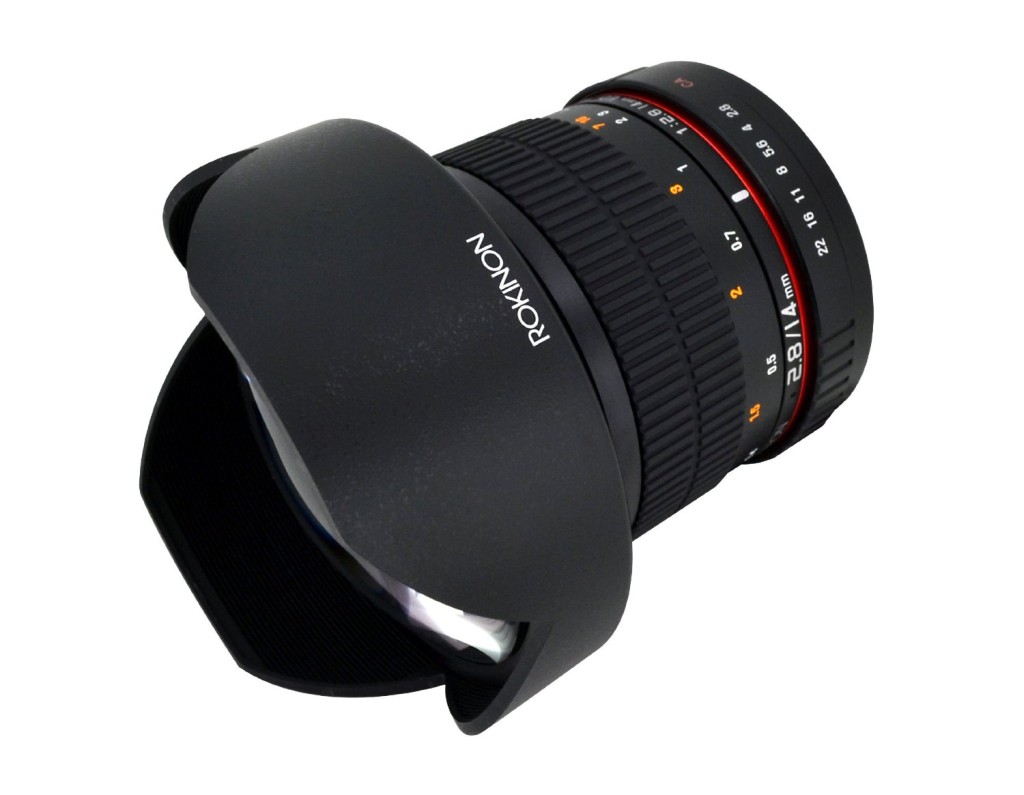 The lens from Rokinon gives you approximately a 115° view when used with a full frame digital camera or 35mm film camera. It produce sharply defined images with a minimum of distortion and chromatic aberrations. Samyang / Rokinon 14mm f/2.8 ED AS IF UMC is a manual focus lens focuses as close as 0.9′ (28 cm) from the the lens, and has a built-in petal-type lens hood.

For some people the lack of AF and having to manually stop down the lens to the working aperture will be a show stopper.

However I found it perfectly easy to use out and about, by making use of good depth of field at f/8 and an ability to roughly estimate distances.

Exposure was set manually, and relies on the fact that if the light changes enough to need to alter the shutter speed or aperture, then you should easily be able to notice it. It’s hardly difficult with a bit of practice, and you’ll develop a much better intuitive feel for scene lighting, which is no bad thing.”

Manually focusing  a 14mm lens on a full frame camera is pretty easy if you stop down to f/5.6 or f/8. Depth of field is quite forgiving.