Fujifilm X-Pro1 Firmware Update V3.10 will be available on December 5th. See the press text below. 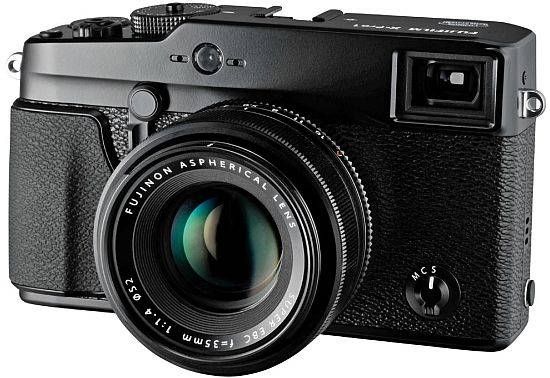 FUJIFILM Corporation (President: Shigehiro Nakajima) will be releasing another new firmware upgrade for its flagship Fujifilm X-Pro1 compact system camera on November 28th which will offer users enhancements to operability and functionality.

This latest firmware upgrade is being released in response to customer demand and will offer X-Pro1 users the chance to update their model to incorporate functionality available on the most recent X series cameras launched in October 2013.

The X-Pro1 is set to continue as the company’s flagship X series model, and Fujifilm is striving to keep the level of technology offered on this product as up to date as possible so that purchasers of the X-Pro1 will have greater longevity of use.

[Release date of the new firmware]

[Main contents of the firmware update]

2. See the exposure setting in live-view and histogram

The images and histogram will reflect current exposure levels (with the shutter speed and aperture set during manual exposure also displayed on the image). In scenarios where the live view and the final shot will appear differently, eg: when using flash, this setting can be turned off.

3. Aperture and shutter speed can be changed once AE lock is selected

The aperture or shutter speed can be changed while maintaining exposure (EV value) with the AE lock button. The photographer has the ability to tweak settings down to the very last moment before shooting.

4. The default and maximum sensitivity and minimum shutter speed can be set when ISO AUTO is selected

An image filename (DSCF***) is automatically allocated to each picture when shooting, this can now be changed to your filename of choice.*1 This added functionality is useful when organising the images after shooting, and sorting the images into groups.

When shooting using continuous shooting, only the first image is currently displayed in full screen and subsequent frames are displayed in small on the bottom right, and the file number was set as “S+7-digit number”. With the new firmware, all frames in continuous shooting are displayed as full screen shots in playback. The file number has also been altered to follow numerically as per standard single shots, thereby allowing uniform management of images after shooting.

When developing RAF images in-camera using the built-in RAW file converter, the firmware upgrade improves the flow by taking you back to the original RAF image once the conversion has been done, whereas before it left you with the converted JPG file on screen and the user had to go back to the next RAF file manually.

Details on improvements 2, 3, 4 and 5 are available in the operation manual on the support page below.

Please visit the following URL for details on other changes.

* This firmware is exclusive to the FUJIFILM X-Pro