Canon Korea has put a teaser on their website. Recent rumors show that a new Canon DSLR camera is on the horizon and official announcement is scheduled for November, 2013.

The teaser says: November 2013, Canon will start from the white world. Coming Soon. From the image we can say it looks like a DSLR camera. It may even be the rumored Canon EOS M2 mirrorless camera with viewfinder. On the other hand from the written text we can expect a white EOS 100D / Rebel SL1. 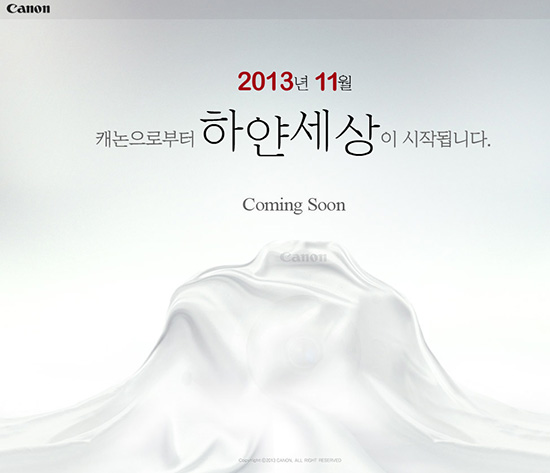