The Fujifilm XQ1 is a new premium compact camera announced by Fuji. The Fujifilm XQ1 is an enthusiast compact takes the fast lens and slim design from last year’s XF1 and adds a 12 megapixel 2/3″ X-Trans II CMOS sensor and EXR Processor II as used in the highly regarded X20 camera with hybrid autofocus.

The pocket-sized Fujifilm XQ1 features a newly developed features a 25-100mm (equivalent) F1.8-4.9 lens with optical image stabilization, with AF times as quick as 0.06 seconds, according to Fuji. You can see the price, specs, features information and product images below.

Fujifilm XQ1 premium compact camera price is $499.00. Fujifilm XQ1 will start shipping on November 15, 2013. Fujifilm XQ1 is available to buy from the camera stores below.

The XQ1 boasts that world’s fastest AF of 0.06 seconds, a shooting interval of just 0.3 seconds*6 between shots, and a shutter lag of 0.015 seconds to capture even the most fleeting and memorable moments.

The XQ1 is made with outstanding craftsmanship and the classic design that the X-Series is known for, all within an ultra-small body that is 3.93″ (w) x 2.3″ (h) x 1.3″ (d). With a sharp 920,000 dot LCD screen made of anti-reflective glass, the XQ1 gives photographers an amazing 85°vertical and horizontal viewing angles as they frame every shot.

The FUJIFILM XQ1 shoots full HD video with up to 60fps and AF tracking performance for quick and smooth focusing that records clear subjects, even when moving the camera body thanks to its dedicated image stabilization.

To connect the XQ1 to a smartphone or tablet, users can download the free dedicated “FUJIFILM Camera Application” to their iPhone / iPad or Android smartphone or tablet device to transfer up to 30 pictures at a time from the XQ1. The app also lets users download movies, expanding the range of options available for enjoying pictures taken with the camera.

Once paired, users can press and hold the WiFi button to begin sharing images and movies immediately to their smartphone or tablet. 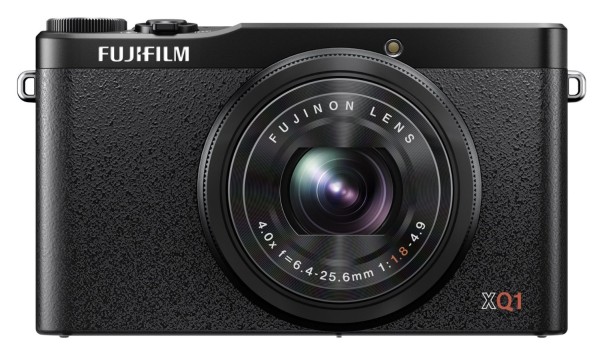 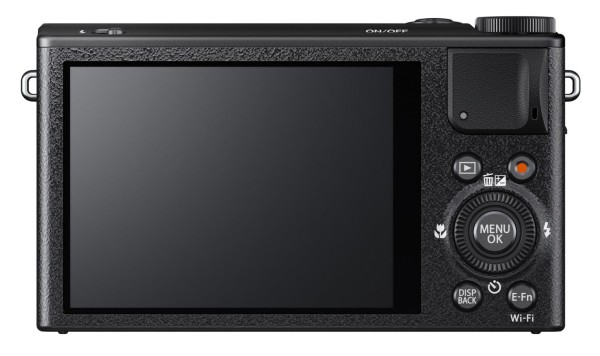