Fujifilm has announced the new Fujifilm X-E2 compact system mirrorless digital camera. The Fujifilm X-E2 is the successor of Fujifilm X-E1, a new mid-range mirrorless interchangeable lens camera that boasts the world’s fastest AF speed of 0.08 seconds in its class. 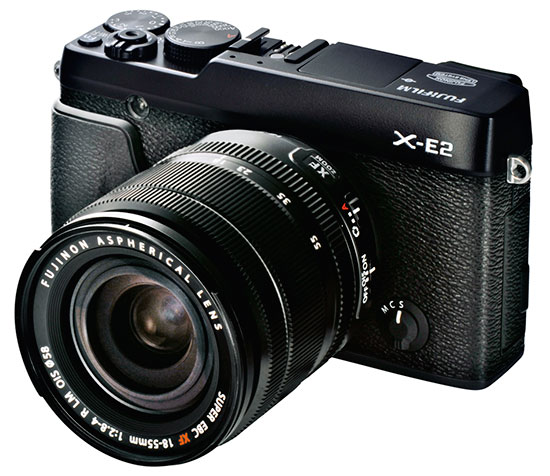 The FUJIFILM X-E2 uses the 16.3 Megapixel APS-C X-Trans CMOS II sensor which expertly controls moiré and false color generation. This is attained by using an original color filter array with a highly randomized pixel arrangement that removes the need for an Optical Low Pass Filter (OLPF) that degrades resolution. The image quality in the X-E2 is further refined by the inclusion of the first Lens Modulation Optimizer (LMO) for interchangeable lens cameras.

The EXR Processor II in the new X-E2 more than doubles the processing speed*3 of the previous generation. It is able to harness the information taken from over 100,000 phase detection pixels incorporated in the X-Trans CMOS II to deliver extraordinary imaging capability.

This advanced technology has been made possible by the integrated development of lens, sensor and processor, and is based on the optical performance and characteristics of individual lenses. With each of these components working together, the X-E2 achieves astonishing resolution, extends dynamic range, and reduces noise at high sensitivity.

The FUJIFILM X-E2 gives photographers and enthusiasts ultra-fast response times to catch even the quickest memorable moments. The X-E2 has a rapid startup time of 0.5 seconds*4, minimal shutter lag of 0.05 seconds, and high-speed continuous shooting of 7.0 fps (up to approx. 28 frames) *5.

With its auto switching AF, the X-E2 combines contrast AF with an improved phase detection AF algorithm that provides accurate capture of low-contrast subjects in low light as well as high-speed responsiveness.

Manual focus has been made easier by the inclusion of Digital Split Image*6 technology. This helps the user achieve pin-sharp focusing by simply adjusting focus to line up the four stripes displayed in the central part of the live view. Focus Highlight Peaking allows for an outline in high contrast areas of subjects during focusing, further assisting the photographer in achieving stunningly sharp images.

The FUJIFILM X-E2 continues the tradition of the X-Series with uncompromising craftsmanship and classic design that puts the photographer first. The X-E1 features manually adjustable shutter speed and exposure compensation dials, which has been increased to ±3 EV, for easy controls. The X-E2 also allows users to customize up to four buttons on the top and back of the camera to suit their own shooting style.

The X-E2 features a bright and accurate 2.36 million dot OLED viewfinder with Fujifilm’s original optical design for a distortion-free field of view. A premium clear 3″ LCD screen with 1.04 million dot resolution and reinforced glass gives users high viewing angles and a true view of their subject.

The FUJIFILM X-E2 shoots full HD video at 1920×1080 with up to 60fps with AF tracking performance for exceptional speed, accuracy and smoothness with a high bitrate of 36Mbps. The X-E2 delivers quick focusing on subjects, even when panning and zooming. With the X-E2, film simulation settings and exposure compensation (±2 EV) can be used during movie recording.

To connect the X-E2 to a smartphone or tablet, users can download the free dedicated “FUJIFILM Camera Application” to their iPhone / iPad or Android smartphone or tablet device to transfer up to 30 pictures at a time from the X-E2. The app also lets users download movies, expanding the range of options available for enjoying pictures taken with the camera.

Once paired, users can press and hold the WiFi button to begin sharing images and movies immediately to their smartphone or tablet.

The X-E2 also has an Advanced Filter function and Film Simulation modes to give users a range of creative filters and film effects to apply and achieve unique and artistic looks. 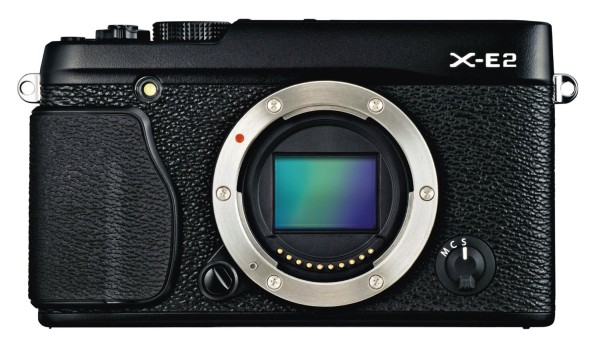 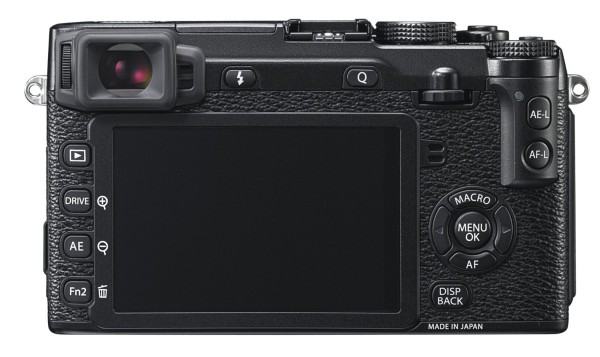