Fujifilm XQ1 and X-E2 camera announcement is expected to be on October 18. According to what rumor mill says, Fuji is holding X-lovers festival and official Fuji Japan statement shows that the new products XQ1 and X-E2 will be announced on October 18.

Fujifilm XQ1 and X-E2 camera names previously leaked online at Indonesian Agency website. Fujifilm X-E2 as the name of the X-E1 successor and the second rumored camera is Fujifilm XQ1 which is expected to be a fixed-lens camera.

The Fujifilm XQ1 and X-E2 camera announcement expected to be on October 18 in a press event in Shanghai, China. Both cameras will most likely to be displayed on the opening day of the PhotoPlus Expo 2013 show, which begins on October 23. 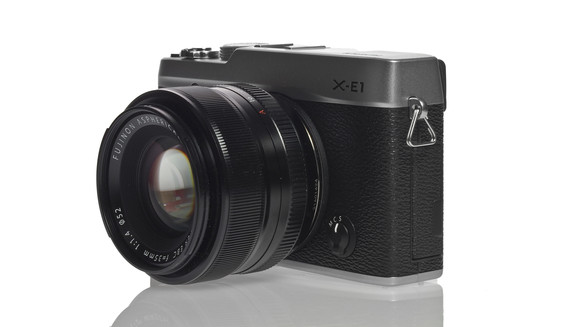 The upcoming Fujifilm X-E2 will also feature phase detection and an improved AF speed. The price and the detailed specs are not available yet for the X-E2. The main difference from X-E1 will be the X-Trans CMOS II sensor from the popular X100s. Fujifilm XQ1 will feature a 2/3-type sensor based on X-Trans CMOS II and will be a fixed-lens camera.

Fuji is also expected to announce a new firmware for X100 camera in October – November.