Canon has announced that the new firmware updates for the EOS-1D Cand EOS-1D X DSLR cameras to be available soon at support center.

Below are the details of the firmware update for both EOS-1D Cand EOS-1D X DSLR cameras. 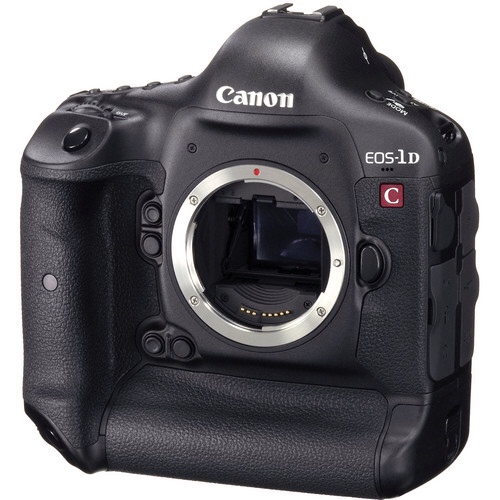 “Canon constantly strives to provide our customers with advanced and innovative technology in our products,” noted Yuichi Ishizuka, executive vice president and general manager, Imaging Technologies & Communications Group, Canon U.S.A. “We understand the daily life of photographers, we listen closely to what they have to say, and we use their feedback in our constant efforts to improve existing products and develop new ones. The latest Canon firmware for the flagship EOS-1D X Digital SLR camera provides better automation to help photographers fine-tune how the camera operates moment-by-moment so users can concentrate on creativity and success. Filmmakers have also requested improved functionality for the EOS-1D C Digital SLR Cinema camera, and its new update delivers.”

Improved Operability for the EOS-1D X

Developed as the ultimate Canon EOS camera, the EOS-1D X Digital SLR is designed with foresight that enables its performance to be periodically improved with new firmware upgrades, helping to ensure maximum long-term value for owners and users of the camera. These improvements are engineered to support and advance the evolving creative needs and business imperatives of professional photographers and committed high-end amateurs. The features provided by firmware version 2 are designed for more efficient automation that takes the task of changing settings away from the “heat of the moment” and enables photographers to concentrate on creativity and obtaining valuable shots. Firmware version 2 upgrades and operability additions include a total of 10 features that are now new or improved:

Enhancements for the EOS-1D C

A versatile, self-contained 4K cinema camera as well as a robust still photography camera, the Canon EOS-1D C will also benefit from a new service update that further enhances the performance of this unique imaging device.

Firmware version 2 for the EOS-1D X Digital SLR camera is scheduled to be posted on the Canon U.S.A. website in January 2014. Users will be able to download and install the new firmware on their own, or have it installed by an authorized Canon Factory Service Center. For more information please visit: www.usa.canon.com/eos1dxfirmware.

The update for the Canon EOS-1D C Digital SLR Cinema camera is scheduled to be available November 2013, and will be installed at no charge as a service upgrade that requires the camera to be sent to an authorized Canon Factory Service Center. For more information please visit: www.usa.canon.com/CinemaEOSFirmwareUpdate.