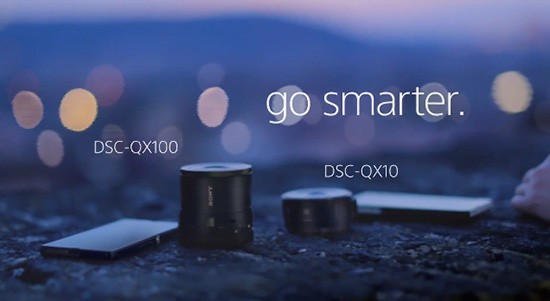 The promo video for the Sony QX100 and QX10 lens cameras for Smartphones is now available on YouTube few hours before the official announcement. See below: 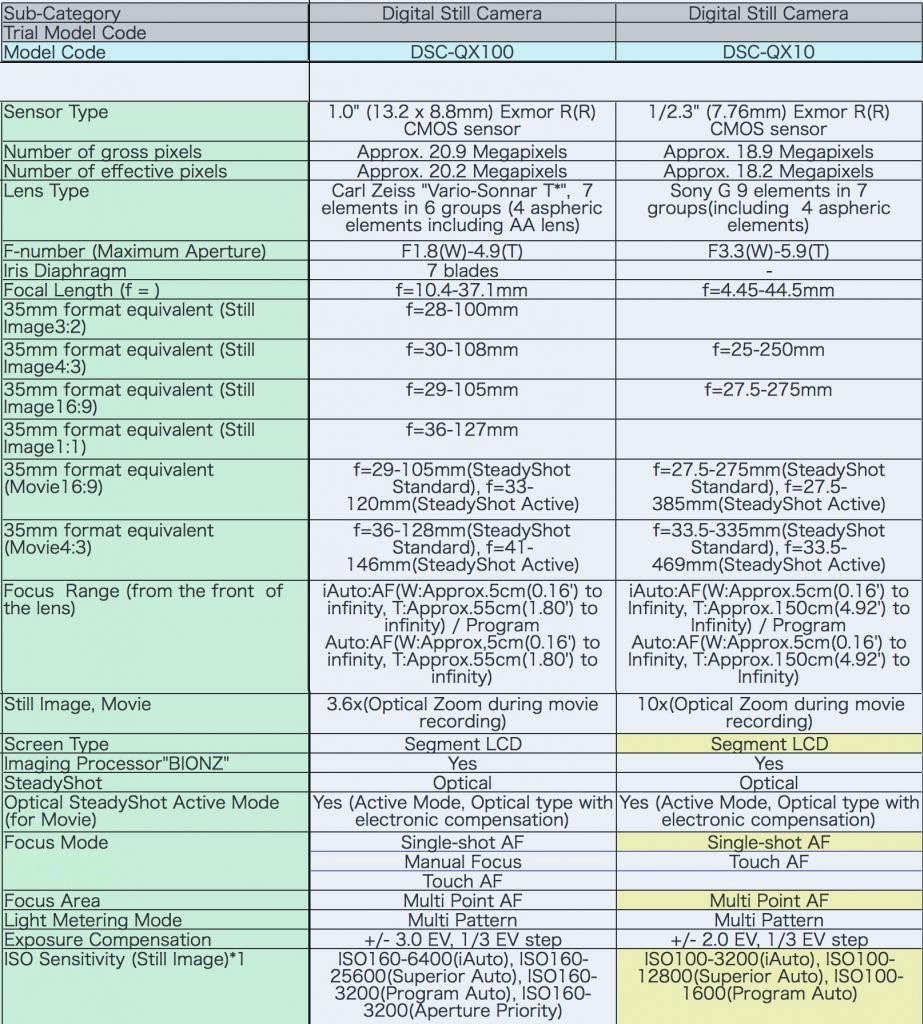 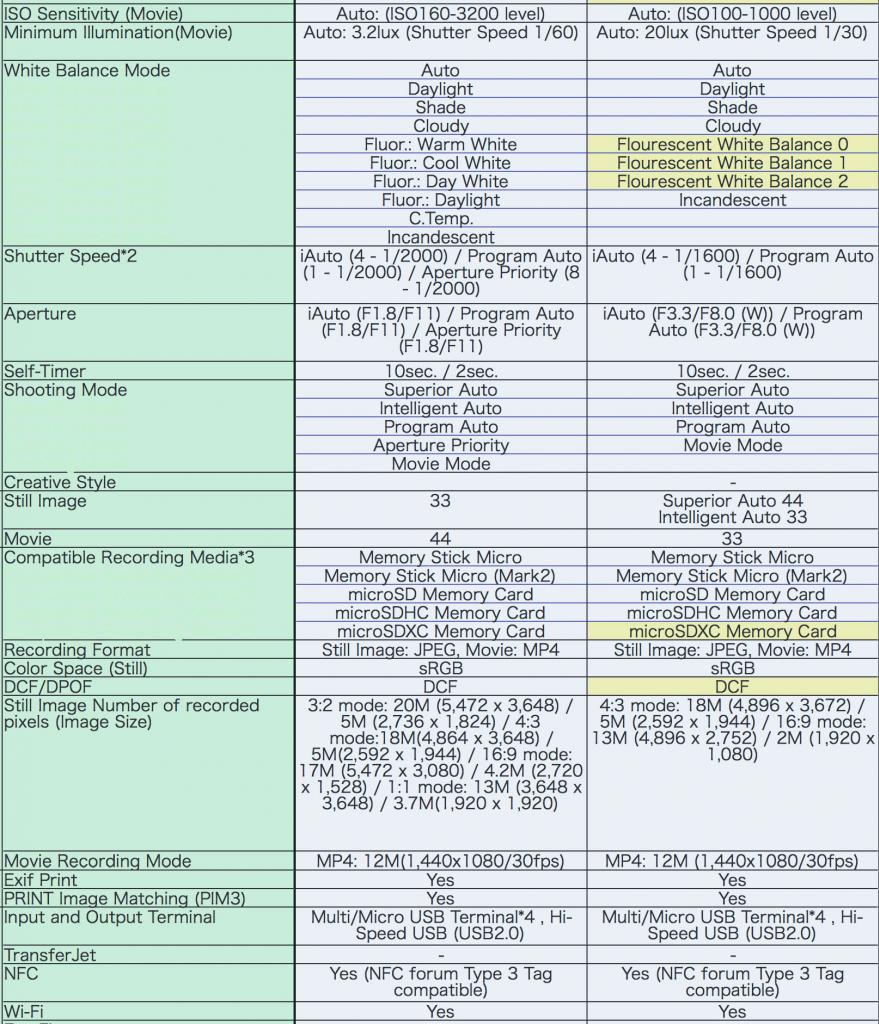 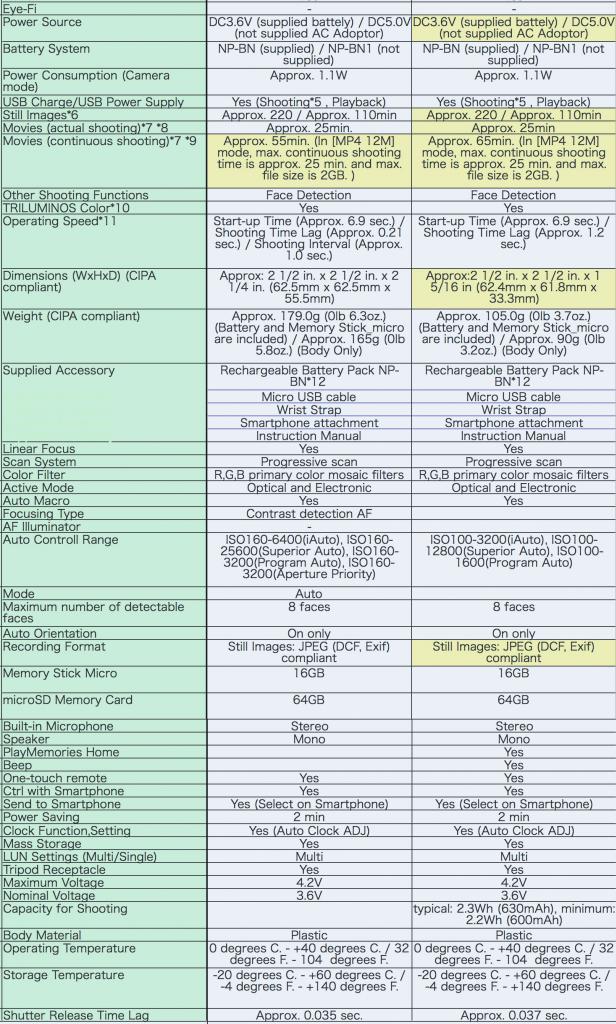 Merging the creative power of a premium compact camera with the convenience and connectivity of today’s smartphones, Sony today introduced two “lens-style” QX series cameras that bring new levels of fun and creativity to the mobile photography experience.

The innovative Cyber-shot™ QX100 and QX10 models utilize Wi-Fi® connectivity to instantly transform a connected smartphone into a versatile, powerful photographic tool, allowing it to shoot high-quality images and full HD videos to rival a premium compact camera. It’s an entirely new and different way for consumers to capture and share memories with friends and family.

With a distinct lens-style shape, the new cameras utilize the latest version of Sony’s PlayMemories™ Mobile application (available for iOS™ and Android™ devices, version 3.1 or higher required) to connect wirelessly to a smartphone, converting the bright, large LCD screen of the phone into a real-time viewfinder with the ability to release the shutter, start/stop movie recordings, and adjust common photographic settings like shooting mode, zoom, Auto Focus area and more.

For added convenience, the app can be activated using NFC one-touch with compatible devices. Once pictures are taken, they are saved directly on both the phone and the camera*, and can be shared instantly via social media or other common mobile applications.

“With the new QX100 and QX10 cameras, we are making it easier for the ever-growing population of ‘mobile photographers’ to capture far superior, higher-quality content without sacrificing the convenience and accessibility of their existing mobile network or the familiar ‘phone-style’ shooting experience that they’ve grown accustomed to,” said Patrick Huang, director of the Cyber-shot business at Sony. “We feel that these new products represent not only an evolution for the digital camera business, but a revolution in terms of redefining how cameras and smartphones can cooperatively flourish in today’s market.”

The new compact, ultra-portable cameras can be attached to a connected phone with a supplied mechanically adjustable adapter, or can be held separately in hand or even mounted to a tripod while still maintaining all functionality and connectivity with the smartphone. They can also be operated as completely independent cameras if desired, as both the QX100 and QX10 cameras have a shutter release, memory card slot and come with a rechargeable battery.

Additionally, the camera has built-in Optical SteadyShot to combat camera shake, keeping handheld pictures and videos steady and blur-free. It has Program Auto, Intelligent Auto and Superior Auto modes to choose from, and will be available in two different colors – black and white.

The new Cyber-shot QX100 and QX10 lens-style cameras will available later this month for about $500 and $250, respectively.

The cameras and a range of compatible accessories including a soft carry case and dedicated camera attachment for Sony Mobile phones like the Xperia™ Z can be purchased at Sony retail stores (www.store.sony.com) and other authorized dealers nationwide.

Please visit www.blog.sony.com for a full video preview of the new Sony Cyber-shot QX Series cameras and follow #SonyCamera on twitter for the latest camera news.