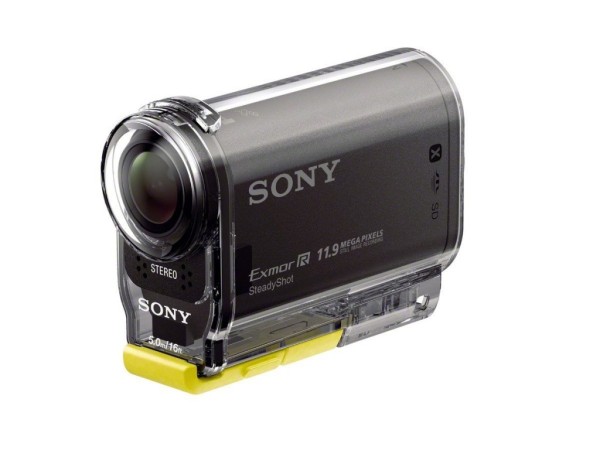 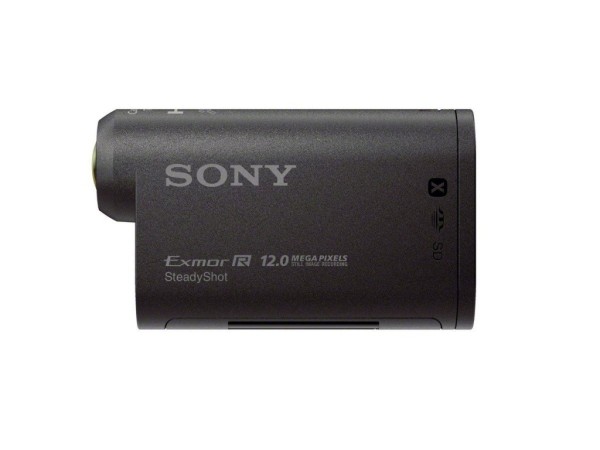 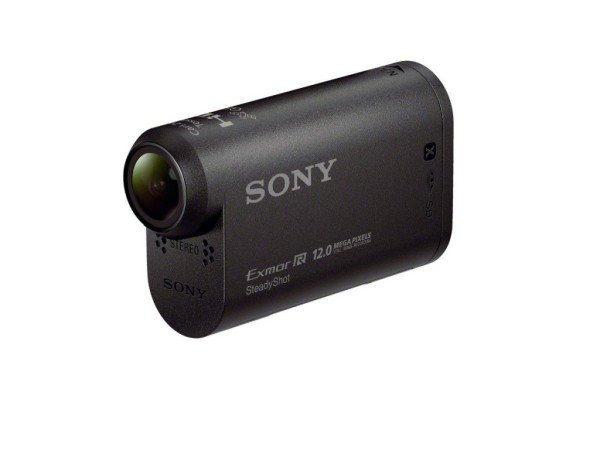 Ruggedized Waterproof Housing with Universal Tripod Mount
The HDR-AS30V ships with a ruggedized, waterproof housing that features a universal tripod mount. The housing is built to handle extreme environments, allowing you to concentrate on safety and composition while capturing Full HD videos. Within the housing, the camera is waterproof down to 197′, shockproof from falls up to 5′ and has dirt and dust resistant seals that help make it nearly impervious to mud, snow, rain and grime.

Built-In Wi-Fi with One Touch NFC Connection
Use the camera’s built-in Wi-Fi to turn your compatible smartphone or tablet into a remote control and remote viewing monitor using One Touch Near Field Communication (NFC) for fast pairing and wireless connectivity between the camera and a mobile device.

Built-In GPS Plots Location & Calculates Telemetry
Built-in GPS can be used in conjunction with the free PlayMemories Home software to make viewing and sharing videos fun and easy. Location, trail and speed information allow you to add more layers for enhanced analyzing of your performance beyond what can be captured and displayed using video.

HDMI Output
Using the camera’s HDMI output, you’ll be able to share your video footage with friends and family on your HDTV. However, an HDMI cable is required.

Works with Optional Mounting Accessories
The HDR-AS30V’s slim-line design receives less wind and water pressure and it is ideal for outdoor activities such as cycling. It can also be used with a variety of mounting accessories so you can capture hands-free POV HD video while engaged in a wide spectrum of outdoor activities and action sports.

Compact & User-Friendly Design
As compared to the first generation HDR-AS15 Action Cam, the HDR-AS30V is 35% lighter and 25% smaller. The camera can also be operated with simple buttons on the side of the housing for enhanced ease-of-use.