The new Sony products will be lens-cameras and will be QX series models. The upcoming Sony lens-cameras are DSC-QX10 and DSC-QX100 will be called “Sony ExpressOn“. 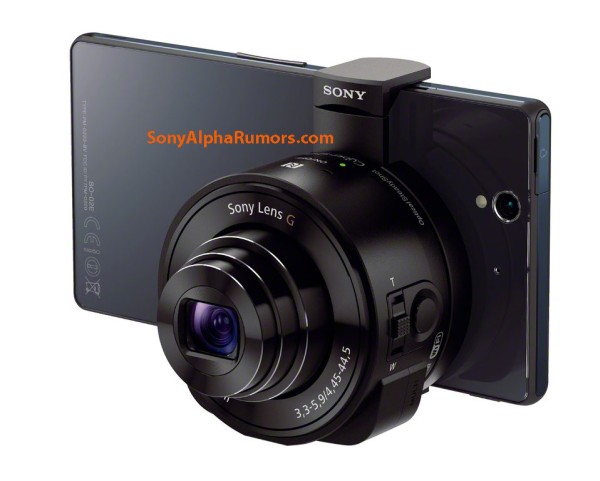 The first ExpressOn lens camera QX100 is expected to come with a built-in RX100M2 camera sensor and a Zeiss lens. The Sony QX100 will feature the same image sensor found in the new RX100 II, as well as the same Zeiss lens. Sony QX100 lens camera price will be around $450.

The second Sony ExpressOn lens camera QX10, which is expected to come with smaller sensor and larger zoom, will be powered by a 1/2.3-inch-type 18-megapixel CMOS sensor and a 10x zoom f/3,3-5.9 lens. Sony QX10 lens camera price is around $200.