Canon has been awarded with three products by the European Imaging and Sound Association (EISA).

The 2013 – 2014 EISA Awards have been announced and Canon has won three accolades. 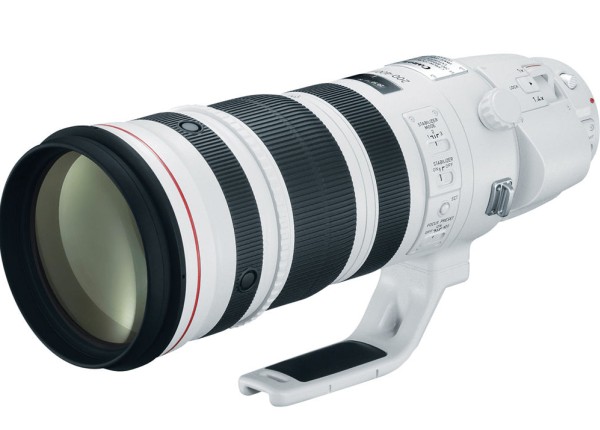 Power to your next step: Canon picks up prestigious EISA Awards in entry-level, enthusiast and professional imaging categories

United Kingdom, Republic of Ireland, 15 August 2013 – Canon today announces it has been honoured with three prestigious product awards by the European Imaging and Sound Association. The EOS 100D has been awarded the ‘European SLR Camera 2013-2014’, the EF 200-400mm f/4L IS USM Extender 1.4x lens has been named ‘European Professional Lens 2013-2014’ and the Canon EOS 6D has won the ‘European Advanced SLR Camera 2013-2014’, a reflection of the outstanding quality of Canon products throughout its DSLR and lens range.

The EISA awards are voted for by panels of editors representing 50 prominent magazines from up to 20 countries. The awards recognise the products that combine the most advanced technology, desirable features and leading design with genuine value, and this year the EOS 100D, EOS 6D and EF 200-400mm f/4L IS USM Extender 1.4x lens  have been judged the best in their respective classes against these criteria.

“Offering first-class products that enable creative expression is what drives Canon, so we’re honoured to receive these awards,” said Steve Marshall, Product Marketing Director, Consumer Imaging Group, Canon Europe. “By offering truly innovative products and technologies, our vision is to help photographers at all levels take the next step in their imaging journey. These products are a great example of that vision, and this recognition from the EISA judging panel is a testament to their outstanding quality.”

Commenting on the Canon EOS 100D, the EISA panel said: “The Canon EOS 100D is the world’s smallest and lightest APS-C Digital SLR. As a reflex camera, it offers a very high level of performance, and it is compatible with the accessories and lenses of the EOS family, even though some of the lenses will look big when attached to this tiny model. The miniaturised body will appeal to those looking for a small, lightweight and portable camera that still affords the user the controls needed for creative photography. A collection of automatic modes, and touch-screen operation, make the camera very easy to use for those new to photography, but the 18-million-pixel sensor still produces top-level image quality.”

Commenting on the EF 200-400mm f/4L Extender 1.4x, the EISA panel said: “A great sensation for the optical world, this super telephoto full-frame stabilised zoom lens opens a new era for professional optics. The Canon EF 200-400mm f/4L IS USM Extender 1.4x has a built-in teleconverter, that allows the photographer to switch to extended focal lengths in just a second. As the teleconverter is integrated into the design of the lens it can be activated safely in harsh conditions without exposing the camera’s mirror and sensor. With the converter in place the lens becomes a 280-560mm F5.6, but for those who need even greater reach this optic is compatible with Canon’s Extender EF 2x III. Although for the enthusiast this is an extremely expensive lens, its ultimate optical quality guarantees uncompromised results for sport and wildlife photography.”

Commenting on the Canon EOS 6D, the EISA panel said: “The Canon EOS 6D offers many of the features and benefits of Canon’s professional full-frame bodies, but at a much more accessible price. Some features even outclass those of the company’s EOS 5D Mk III, such as the camera’s AF performance in low light conditions – it is both faster and more effective in darker situations. With the full-frame benefits of low noise, expanded exposure latitude and high dynamic range, the EOS 6D also offers a shutter delay of only 47 m/s and a continuous shooting frame rate of 4.5fps for up to 1250 pictures. The EOS 6D is the smallest Canon full-frame camera and, with Wi-Fi and GPS, makes a great choice for enthusiast photographers.