Samsung has announced the ultra wide-angle 10mm f/3.5 fisheye lens for NX cameras. The new lens from Samsung will be released in the second part of 2013 for NX cameras.

According to Samsung announcement the new 10mm f/3.5 lens is the slimmest and smallest fisheye lens on the market for NX System cameras.

The new lens weighes 72g  and will support Samsung’s NX series of cameras. It will allow photographers to grab 180-degree landscape photos. The lens will also come with i-Function support and iScene options such as Night, Portrait, Beauty Shot, Children, Backlight, and Sports. 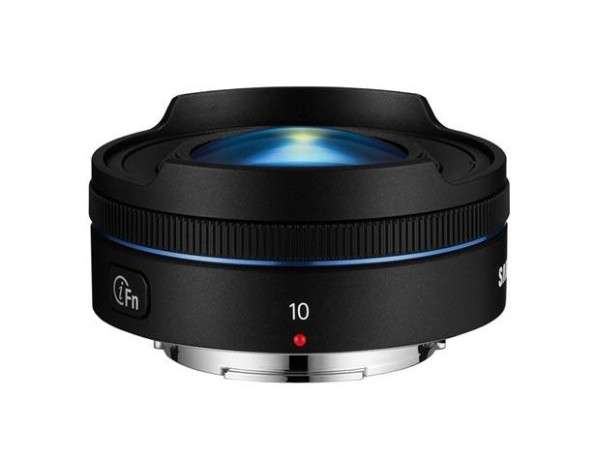 The lens features a focal length 35mm equivalent of 15.4mm and seven elements in five groups. Aperture range is f/3.5- f/22 and there is no built-in optical image stabilization.

The Samsung 10mm f/3.5 fisheye lens is expected to be available in the next couple of weeks in both white and black colors. The lens will be priced for 499 EUR and will be sold in Germany.