Nokia confirmed that the Windows Phone smartphone Nokia EOS with 41-megapixel sensor to be announced on July 11. According to Nokia there are “41 million reasons” to watch the event on July 11. The rumored EOS smartphone is rumored to feature a 41-megapixel camera.

The Nokia EOS 41-megapixel smartphone will come packed with Windows Phone 8 OS and 4.5-inch OLED display. It will capture photos at about 8-megapixel in quality. The rest will be the oversampling of the actual shot, means that 100% crops will look like the image has been captured with a full-sized DSLR. 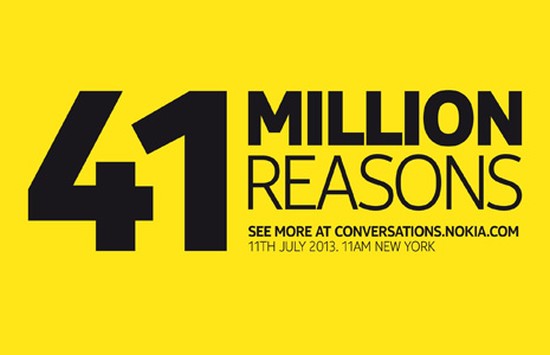