Canon Malaysia has posted an Infographic on their Facebook fan page. The infographic features the timeline of the Canon Powershot G-Series compact cameras.

The Canon PowerShot G is a series of digital cameras released by Canon. The G series cameras are Canon’s flagship ‘compact’ models. The G series offers features such as the use of a lithium-ion battery, an articulated LCD screen (G7, G9, G10 and G15 have a fixed panel), Raw image format capture (all models except G7), a lens with a wider maximum aperture than standard PowerShot models, remote capture (except G11), and faster electronics.

Canon PowerShot G Series timeline image can be seen below. 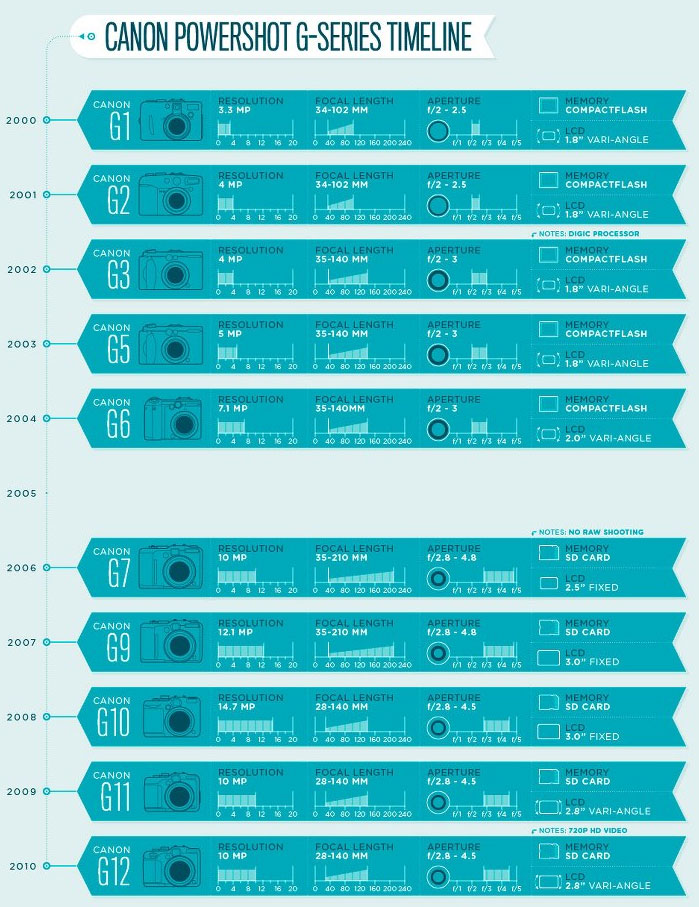