The Panasonic Lumix DMC-GF6 is a new 16-megapixel compact system camera with a 180° tilting touchscreen, built-in Wi-Fi and NFC support.

The Panasonic Lumix DMC-GF6 is also the first interchangeable lens camera with Near Field Communication (NFC) that allows setup of Wi-Fi connections with compatible smartphones and tablets, simply by tapping the devices together. Movie recording is available at 1080p 30fps in either MP4 or AVCHD format.

Panasonic Lumix DMC-GF6 priced at $680.00 and will start shipping on April 24, 2013. Here are some video previews of the new micro four thirds camera Panasonic Lumix GF6. 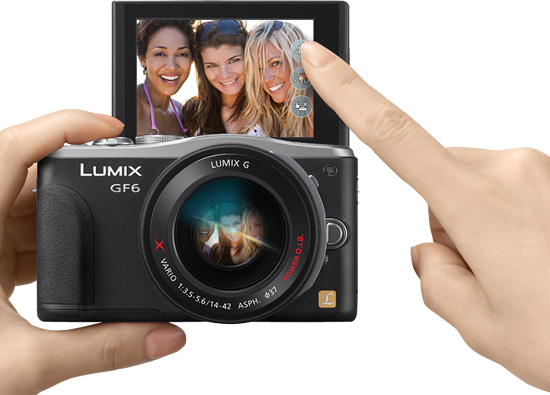