New images are white and the body color of Panasonic Lumix DMC-GF6 is expected to be white, red, black. The price of the camera will be around (¥ 55 000, $556.05) over-the-counter body. Panasonic is going to announce at the same time with the white version of the 14-42mm F3.5-5.6 POWER OIS PZ. The upcoming Panasonic GF6 specs has built-in Wi-Fi. 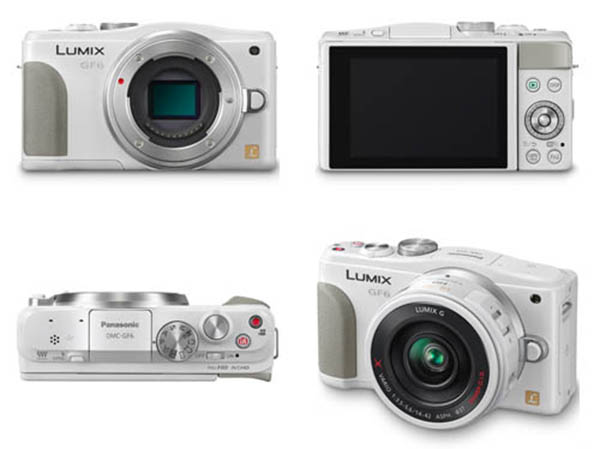 Sensor seems to be the same as the GX1 as seen from the number of pixels, with the adoption of new noise reduction, improvement of high-sensitivity performance is so promising. The new filter reproduce detail, what does it mean to improve the low-pass filter. In addition, the liquid crystal are being retrofit to those of high-resolution’re glad improvement. Shutter speed 60-1/4000 seconds