Sigma Corporation announced the pricing and availability for three lenses. These Sigma lenses are 30mm f/1.4 DC HSM, 30mm f/2.8 DN and 19mm f/2.8 DN will ship this month with the following prices. 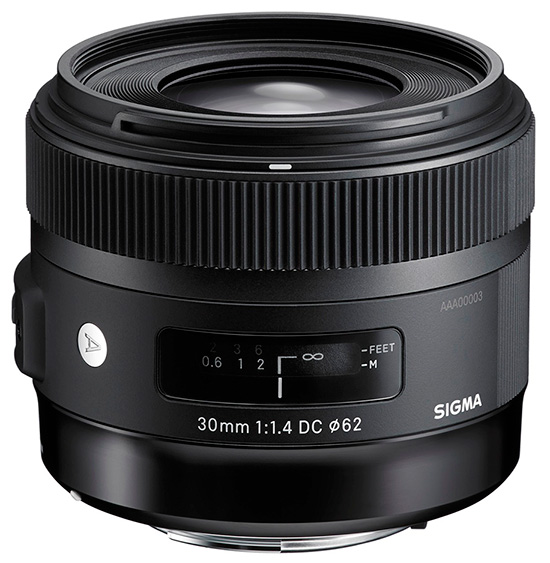 RONKONKOMA, N.Y., —March 8, 2013—Sigma Corporation of America, a leading researcher, developer, manufacturer and service provider of some of the world’s most impressive lines of lenses, cameras and flashes, today announced the pricing and availability of three new lenses from its ART lens category, including two lenses for mirrorless interchangeable lens cameras and one lens for DSLR cameras with APS-C size sensors.

All three lenses are existing focal lengths that have been redesignedand quality-control tested with Sigma’s proprietary modulation transfer function (MTF)“A1” measuring system  as part of Sigma’s new Global Vision category restructuring.The original 30mm F1.4 from Sigma helped the family-owned manufacturer pioneer the large-aperture, APS-C format, standard lens category in 2005. Now, it boasts new optical configurations and an optimized focusing system. Both DN lenses incorporate telecentric optical designs and a linear, auto focusing motor that ensures accurate and quiet focusing for video recording. They have metal exteriors and a simply shaped focus ring, with varying textures to distinguish each part of the lens. In addition, DN users can choose between a black or silver finish on these lenses.

“These lenses are exactly what we envisioned when we announced the ART products in our Global Vision lineup,”said Mark Amir-Hamzeh, president of Sigma Corporation of America. “They enable extreme artistic expression with impressive versatility and optical sophistication, and we’re really excited to get them into our users’ hands. The new Global Vision lenses have been a huge success already – and we expect these new releases to continue that momentum.”

Here are more details on these lenses from Sigma: