A dpreview forum member contacted Nikon Europe and asked them about the new D7100 being described as the “new flagship of Nikon’s DX-format HD-SLR lineup” on Nikon USA website (the D7100 is described as “enthusiast-level DX format camera” in Europe). This is Nikon’s answer: 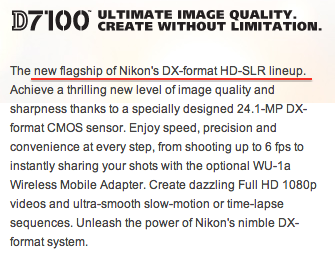 “I can assure you that the D7100 is not positioned to replace the D300s as Nikon’s flagship DX-format camera – such is the information received from Nikon Japan on the matter.” So the successor of Nikon D300S maybe the Nikon D400.