Nikon has announced it’s developing an 85mm F1.2 S lens for its Z-mount camera system. The lens is part of Nikon’s S-Line, which the company says ‘demonstrate[s] outstanding optical performance, adhering to a high standard of design principles and quality control.’

Alongside the new 85mm F1.2 lens, Nikon has also said it’s developing a compact 26mm F2.8 lens for its Z-mount camera lineup. You can find the details below. 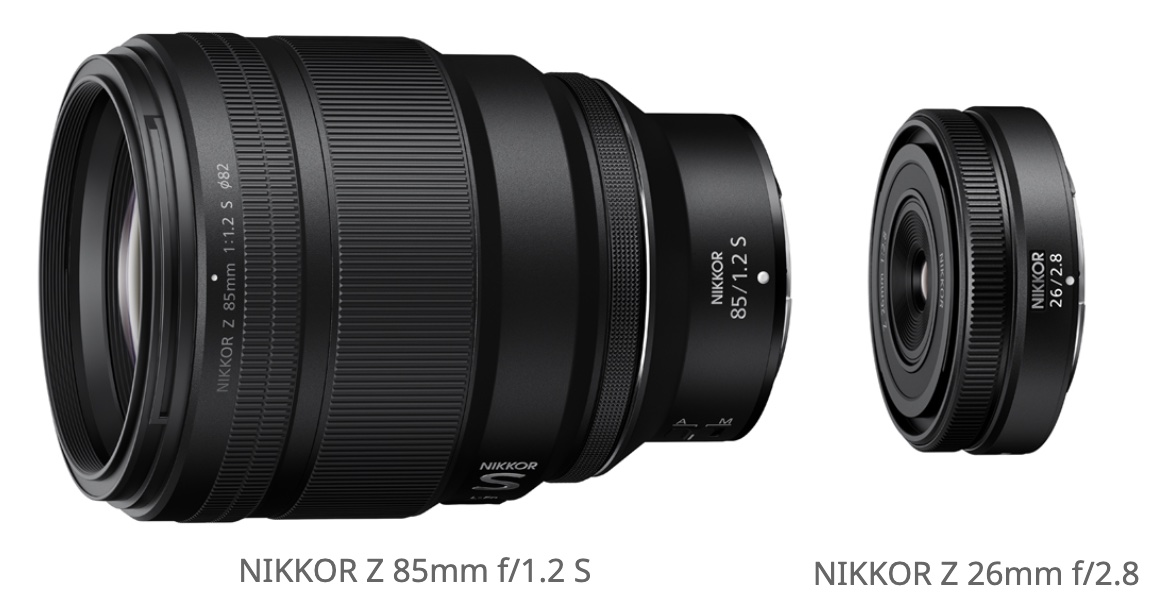 The NIKKOR Z 85mm f/1.2 S is part of the S-Line1 NIKKOR Z lens series, and realizes both superior rendering performance and large, beautiful bokeh. It expands possibilities for users capturing portraits in areas such as weddings and fashion.

The NIKKOR Z 26mm f/2.8 achieves outstanding slimness and lightness, as well as high rendering performance, making it an ideal lens for advanced amateur photographers who take their camera everywhere so as not to miss a moment.

Nikon will continue to pursue a new dimension in optical performance while meeting users’ needs, contributing to the development of imaging culture, with the hope of expanding possibilities for imaging expression.

These lenses will be displayed at Nikon’s booth (Central Hall #17914) at the annual Consumer Electronics Show (CES) in Las Vegas from January 5-8, 2023.