In addition to the NIKKOR Z 17-28mm F2.8 lens, Nikon has also updated the Nikkor Z product line roadmap to version 5.0 (to 2023). The new wide-angle zoom lens is now on the roadmap alongside the Z 28-75mm F2.8 lens. There are nine as-yet-unannounced lenses on the roadmap, including seven for full-frame (FX) Z cameras.

It seems that Nikon’s new products may be announced soon, but based on the rumors so far, the “Z 600mm f4 S” and “Z 85mm f1.2 S” are the most likely to be announced. According to recent reports, Nikon will announce 6 new lenses for Z-mount mirrorless system cameras.

The announcement of Nikon’s new lens(s) is approaching next week at the earliest. Here is a list of lenses to be announced based on Nikon’s lens roadmap. 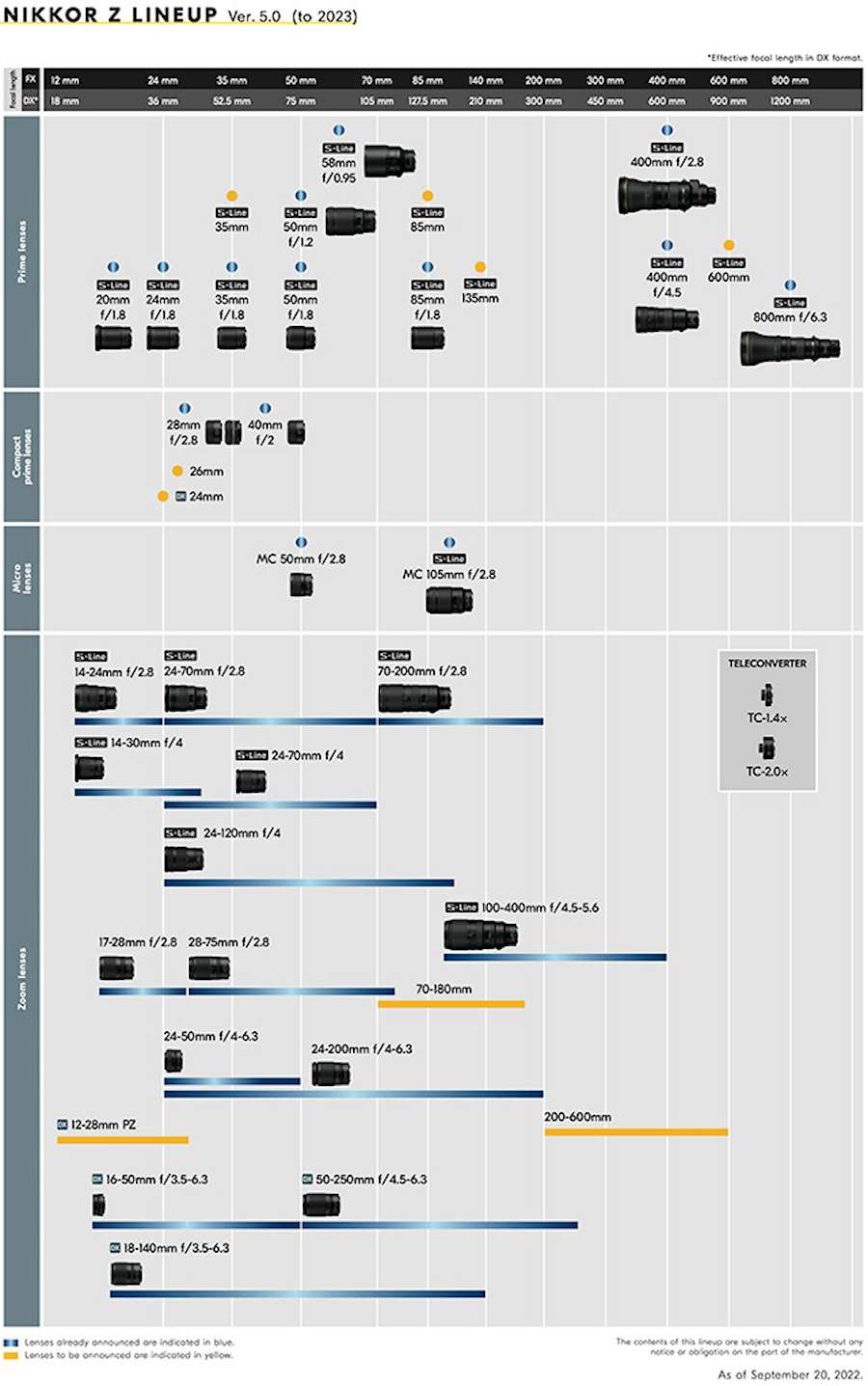