With the introduction of LAOWA brand relatively affordable shift lenses, you can feel free to try them out, unlike the expensive shift lenses made by camera makers.

BCN has posted a teaser image of the Venus Optics (LAOWA) shift lens. According to the image, Venus Optics is rumored to announce the new F4 wide-angle tilt-shift lens on March 28th. This product will be the Laowa FF S 20mm f/4 C-Dreamer Shift Lens. 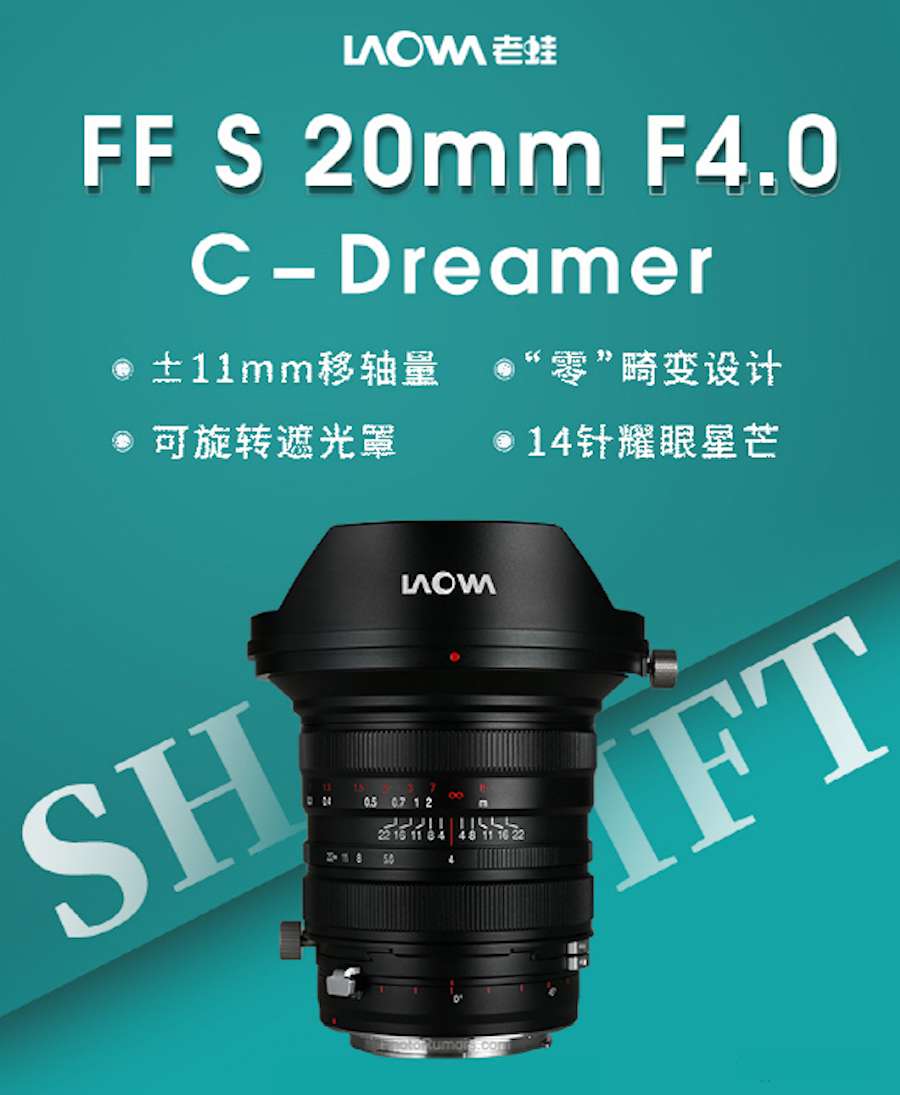