Sirui has announced a new 75mm T2.9 full-frame 1.6x anamorphic lens. Like the SIRUI 50mm T2.9 1.6x, the new 75mm lens will be available in Canon RF, Leica L, Sony E and Nikon Z mounts, for use on a range of cameras that also share those mounts including Panasonic & Sigma for L mount and the RED Komodo for RF mount.

It offers a 2.4:1 aspect ratio when filling a 3:2 format sensor and a 2.8:1 aspect ratio when shot on a 16:9 crop. Of course, you’ll also get those typical anamorphic lens flares and oval bokeh. It has a minimum focus distance of only 85cm and has an 82mm filter thread on the front.

Since it seems SIRUI is making its 1.33x lineup into a 1.6x lineup it is highly likely we will see a SIRUI 24mm T2.9 Anamorphic 1.6x in the near future. 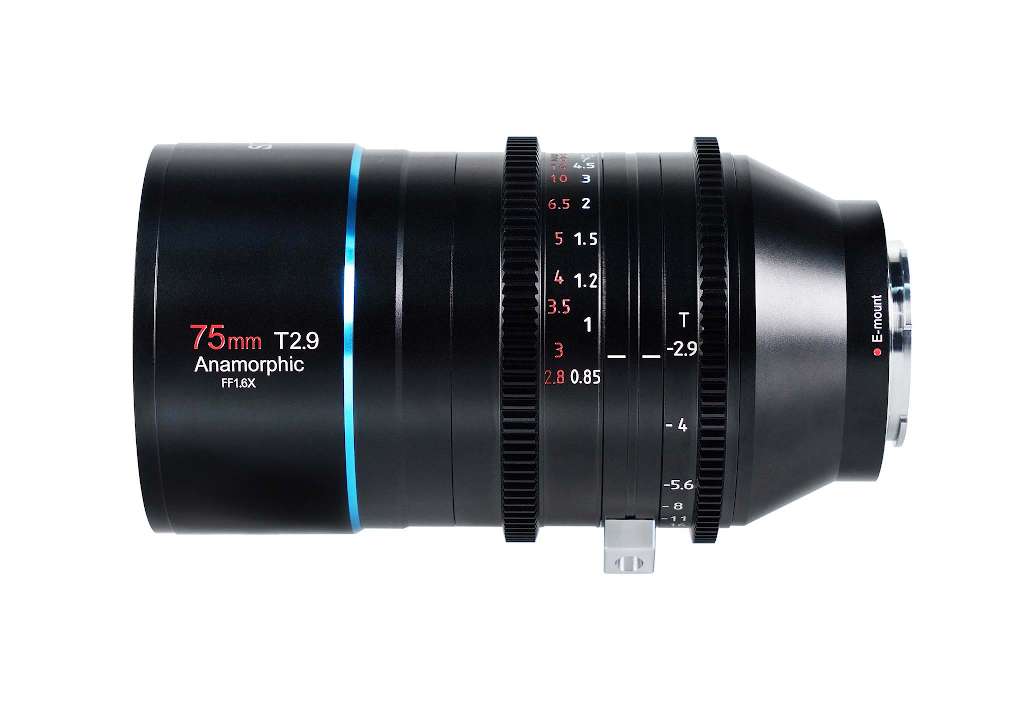 All-Round Player for close-up and long shot
The 1.6x squeeze factor gives the lens a horizontal angle of view from a 46mm lens, making it great for general usage. Objects in the distance seem to be zoomed in, forming a compression with the subject. Overall, it is a useful focal length for handling both close-up and long shots.

High Resolution Wide-Screen Images
You’ll have no problem getting super crisp wide-screen shots on this lens, with the subject being exceptionally sharp and the background soft and natural.

Let’s Dive into the Anamorphic World!
What most filmmakers want from an anamorphic lens, the subtle blue lens flares, the flattering oval bokeh as well as the creamy background, together they add a strong cinematic feeling to the video.