The D6 is Nikon’s first professional DSLR not to offer support for Compact Flash media. Unlike the D5, the D6 will ship with dual XQD / CFExpress card slots. At the heart of the D6 is a 20.8MP sensor, offering the same resolution as the D5, but it’s now coupled with a new Expeed 6 processor and offers up to 14fps burst shooting with ‘E-type’ lenses (those with electromagnetically controlled diaphragms). Switch into live view, and the D6 will shoot silently at up to 10.5fps at full resolution – users can also opt for 30fps for 8MP files and 60fps for 2MP files if needed. The native ISO range covers values of 100 to 102,400, with an expansion range up to 3.2 million. 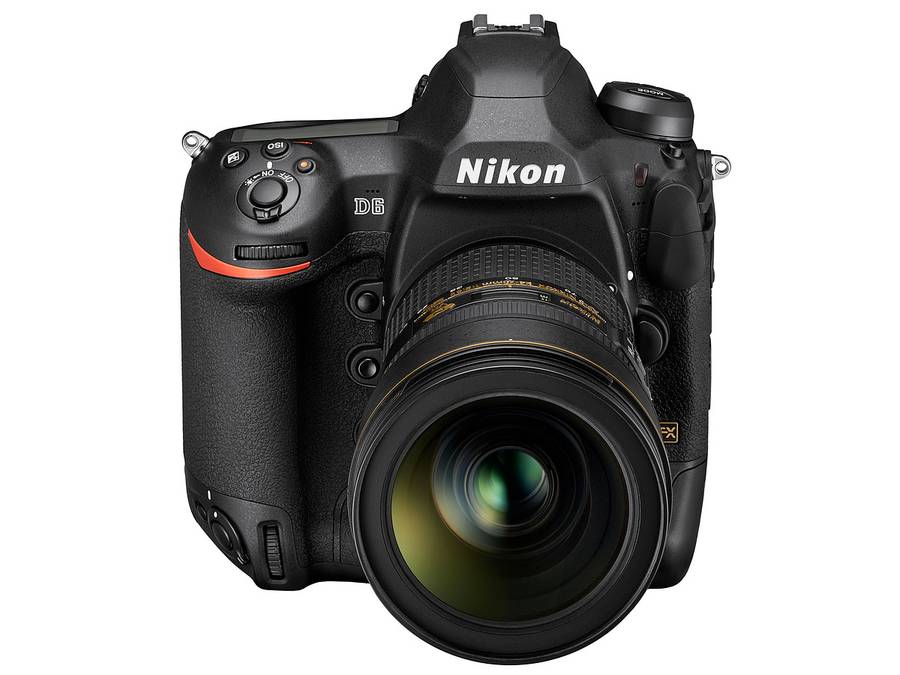