The limited-edition camera is identical to its black counterpart, complete with a 36MP full-frame CMOS sensor, Safox 12 autofocus system with 33 AF points and a maximum ISO of 819,200. The only difference is the paint scheme, which is silver with contrasting parts, including a black shutter release and hot shoe.

In addition to the camera, Ricoh is also releasing Silver edition versions of three lenses: the HD Pentax-D FA* 70–200mm F2.8, 50mm F1.4 and 85mm F1.4. Like the camera, these lenses are identical to their black counterparts, but unlike the camera, just 600 units for each model will be produced. 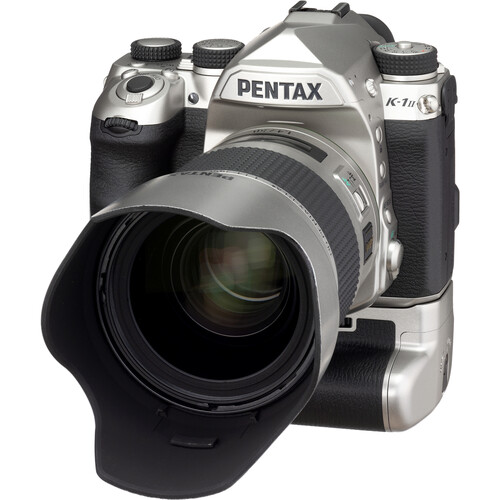 The limited-edition silver models of the camera and lenses are coveted by PENTAX photographers worldwide. The PENTAX K-1 Mark II Silver Edition camera sports contrasting black parts–a shutter release button and hot shoe—to provide a handsome complementary color and enable it to be color coordinated whether used with traditional black or the special silver-colored lenses.

The PENTAX K-1 Mark II Silver Edition camera body will be available in September for a manufacturer’s suggested retail price of $2099.95. The HD PENTAX-D FA★ Silver Edition lenses will be available in September with prices ranging from $1199.95 – $2099.95. Both the camera and lenses can be purchased at www.us.ricoh-imaging.com and at select Ricoh Imaging-authorized retail outlets.

NOTE: The features and specifications of this camera body and lenses are identical to those of standard models, except for the camera firmware